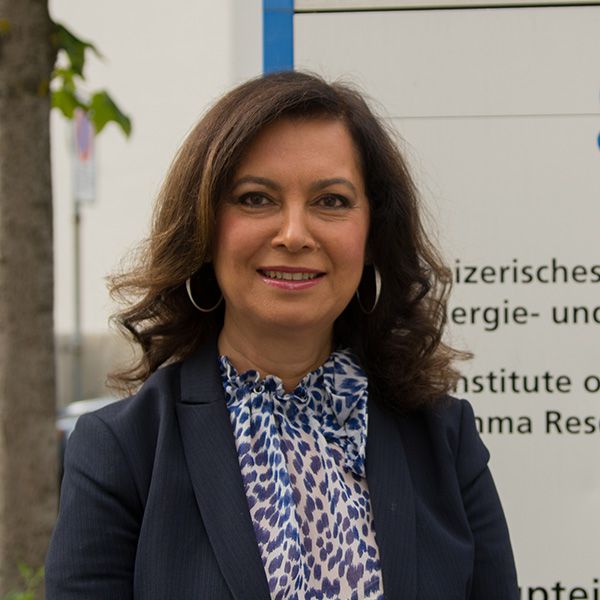 B cells contribute to immune responses essentially through antigen presentation to T cells, secretion of cytokines and production of antibodies after differentiation to plasma cells. Human B cells express several toll like receptors (TLR) including TLR1, 6, 7, 8, 9 and 10. TLR7 (activated by single stranded RNA) and TLR9 (activated by hypomethylated CpG DNA) are the highest expressed TLRs on B cells. IL-10 is a key regulator of inflammatory responses and protects the host from tissue damage as a result of excessive inflammation. IL-10 enhances the survival, proliferation, differentiation and isotype switching of human B cells. IL-10 augments IgG4 production, whereas it inhibits IL-4-induced IgE class switch recombination. IL-10-mediated immunosuppressive functions of B cells have been described in murine models of autoimmunity, infection, and cancer. Patients treated for rheumatoid arthritis with the B cell depleting antibody rituximab showed exacerbation of ulcerative colitis and development of psoriasis illustrating the relevance of immune regulatory functions of human B cells. Interestingly, an increase in IL-10-producing B cells also occurs during ultra rush high dose allergen-specific immunotherapy of venom allergic individuals by bee venom. Regulatory B cells expressing IL-10 suppress immune responses and the lack or loss of regulatory B cells leads to exacerbated symptoms in experimental autoimmune encephalitis, chronic colitis, contact hypersensitivity, collagen-induced arthritis and non-obese diabetic mouse models. Another B cell-related immune regulatory response restricted to humans is induction of non-inflammatory IgG4 antibodies, which is characteristic for high dose antigen tolerance models. Several molecules including CD25 and PD-L1 were upregulated in IL-10-producing B cells. Br1 cells potently suppressed antigen-specific CD4+ T cell proliferation, whereas other B cells did not. Furthermore, we demonstrate that human Br1 cells show selectively increased production of IgG4. B cells specific for the major bee venom allergen phospholipase A2 that were isolated from beekeepers had increased expression of IL-10 and were from the IgG4 isotype. Human Br1 cells may regulate humoral and cellular immunological tolerance through suppression of T cell responses and production of anti-inflammatory IgG4 antibodies. Several B cells subsets have been described that express distinct polarized cytokine profiles. B cells were immortalized by transduction with Bcl6 and Bcl-XL, allowing in vitro expansion of B cells under IL-21 and CD40L stimulation. Clones were generated from immortalized B cell pools and transcriptomes were measured using RNAseq. Hierarchical clustering based on cytokine expression profiles was performed followed by differential expression analysis between clusters. A cluster of IgG4 clones that expressed pro-angiogenic cytokines including VEGF, CYR61, ADM, FGF2, PDGFA and MDK was identified. Supernatants from these clones efficiently promoted HUVEC
tube formation demonstrating their pro-angiogenic potential. Further characterization led to identification of CD49b and CD73 as surface markers associated with pro-angiogenic B cells. The in vivo relevance of this novel B cell sunset was demonstrated by the observation that circulating CD49b+CD73+ B cells showed significantly increased frequency in melanoma patients and eosinophilic esophagitis patients, two diseases that are associated with angiogenesis. In conclusion, here we demonstrated a novel B cell subset with angiogenic property.

Registration required for the 'Meet the Speaker' lunch - send us an email. 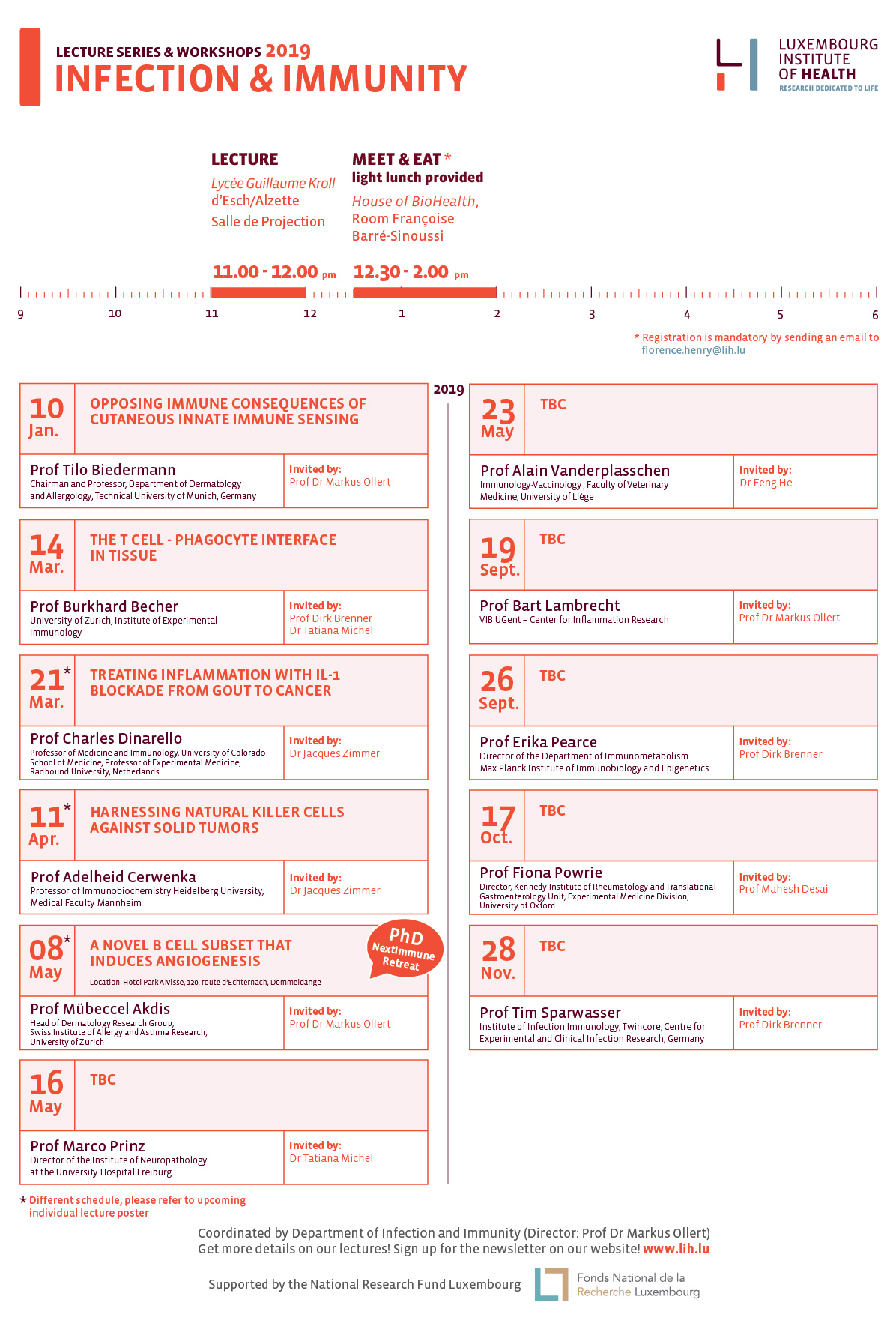 The LIH Lecture Series and Workshops in Infection and Immunity, supported by the FNR, are gathering internationally recognised speakers to address topics around Infection and Immunity. Twelve lectures will be organised in 2019, followed by workshops especially dedicated to early-stage researchers. Please find here the full programme for 2019.

Attendance to the lectures and workshops are free of charge. Should you be interested in registering for the workshops, please feel free to do so by sending us an email. 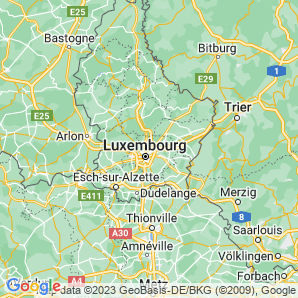