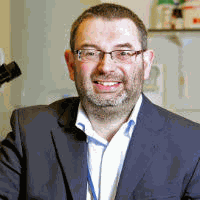 Oncolytic virotherapy (OV) is increasingly recognised as a form of immunotherapy, with the lead agent, aherpes simplex virus (HSV) encoding GM-CSF, talimogene laherparepvec (T-Vec), now licensed for clinical use by intratumoural injection in advanced melanoma.  Although early clinical data is showing promise for OV/immune checkpoint blockade combinations, the underlying mechanisms by which such strategies may be optimised for the widest possible clinical application, remain poorly understood.  We have focused on intravenous delivery of OV as a more practical clinical approach than intratumoural injection, and shown that the dsRNA, non-genetically modified OV reovirus, can access tumours in patients in the brain or liver following systemic injection, despite the presence of anti-viral neutralising antibodies (NAB) in the blood prior to treatment.  The ability of reovirus (but not necessarily all OV) to evade antibody-mediated neutralisation appears to be via protective cell carriage (or ‘hitchhiking’) of virus or virus/NAB complexes by monocytes in the circulation.  Once systemically delivered reovirus has accessed the brain tumour microenvironment we showed, consistent with clinical data using intratumoural T-Vec in melanoma, that the virus converted an immunologically ‘cold’ tumour milieu to ‘hot’, which effectively primed for combination oncolytic immunovirotherapy with immune checkpoint blockade, when tested back in an immunocompetent murine glioma model. To complement murine data and translational clinical trial sample analysis, we have developed human in vitro pre-clinical models of innate and adaptive anti-tumour immune priming by OV.  OV innately activated human peripheral blood mononuclear cells (PBMC), including differentiation of monocytes towards a more antigen presenting cell (APC)-like phenotype. Hence OV-hitchhiking monocytes in the blood, after delivering virus to tumour, may pick up infected tumour cells undergoing immunogenic cell death and act as APC to initiate adaptive anti-tumour immune priming.  In support of this paradigm, we showed that human monocytes, antigen loaded by phagocytosis of OV-infected dying tumour cells, supported greater priming of a specific anti-tumour CD8+ cytotoxic T cell (CTL) response than uninfected controls, when co-cultured with responder PBMC.  This OV-mediated enhanced anti-tumour CTL priming response included expansion of T cells specific for multiple, non-mutated tumour associated antigens (TAA) expressed by the original, antigen loading tumour cell, as demonstrated using a CTL re-stimulation readout assay.  In this assay, autologous monocytes were first pulsed with long, 15mer overlapping peptides, spanning the length of 3 melanoma TAAs, gp100, TRP-2 or MART-1.  MHC class I epitopes processed from these long peptides pools, and presented by the monocytes, could then stimulate their specific, responder T cells on co-culture with primed CTL, and the TAA-specific, non-HLA restricted T cell response quantified by FACS staining for intracellular IFN gamma and CD8 or CD4.  Using this assay, we showed that both reovirus and HSV-infected tumour cells primed a stronger anti-TAA CTL response than their uninfected controls.  This priming was further enhanced if the antigen load tumour cells were treated with a histone deacetylase inhibitor, which induced expression of otherwise silent TAA, as well as HSV. Taken together, these data support the use of OV, including via systemic administration, as a platform to trigger immunogenic tumour cell death and in-situ vaccination, across both human and mouse systems, to both enhance the response to current immunotherapy using checkpoint blockade, and to suggest novel combinations incorporating other immunomodulatory drugs. The LIH lecture and workshops series in Cancer Research, supported by the FNR and jointly organized with the University of Luxembourg, are gathering internationally recognised speakers to address topics around Cancer Research during 2019-2020. Please find here  the current programme for 2019.

These lectures will be followed by a workshop especially dedicated to early-stage researchers.

Attendance to the lecture and workshop are free of charge. Should you be interested in registering for the workshop, please feel free to do so by sending us an email. 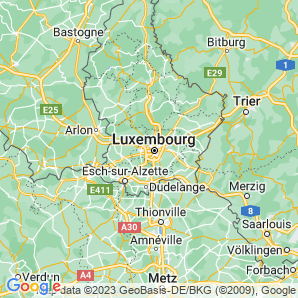