The Luxembourg Cancer Foundatioun “Fondation Cancer” finances a project of the Laboratory of Experimental Cancer Research at LIH’s Department of Oncology that will investigate a combinatorial immunotherapy strategy in the context of highly aggressive metastatic breast cancer.

On 7th November 2018, Dr Carlo Bock, President of the Cancer Foundation, and Lucienne Thommes, Director, presented a cheque of 62,000 Euros to Dr Guy Berchem and Dr Bassam Janji, Head and Associate Head of the Laboratory of Experimental Cancer Research, respectively, in the presence of Dr Frank Glod, Chief of Scientific Operations of LIH. This financial support will allow to carry out the project entitled “CD47 and PD-1 blockade: a new cutting edge combinatorial approach to simultaneously stimulate macrophages and re-activate T cell-mediated destruction of highly aggressive metastatic breast tumours.”

The use of immune checkpoint blockade (ICB)-based cancer immunotherapy is considered a therapeutic revolution. However, despite the exciting and encouraging clinical responses, the majority of ICB treated patients have partial objective responses. The therapy is still in its infancy for breast cancer. Recently, in collaboration with the Gustave Roussy Cancer Centre in Villejuif, France, Dr Janji’s team reported that highly invasive breast cancer cells undergoing epithelial to mesenchymal transition escape both innate and adaptive immune surveillance and killing due to enhanced display of the immune check point ligands CD47 and PD-L1 on their surface.

The present project proposes to develop a novel cutting edge preclinical immunotherapy based on the simultaneous blockade of the ligand CD47 and the immune check point PD-1, a combination hoped to be a “winning double”. Combination therapy with anti-CD47 represents a rational candidate approach to extend the clinical benefit of the CTLA-4, PD-1, or PD-L1 blockades as single agents. Such a combination will simultaneously re-activate both innate (macrophages) and adaptive (T cells) immunity and ultimately provide more frequent and long-lasting responses in breast cancer patients.

This project is in line with the objectives of National Cancer Plan that has defined cancer immunology as one of its major research axes. 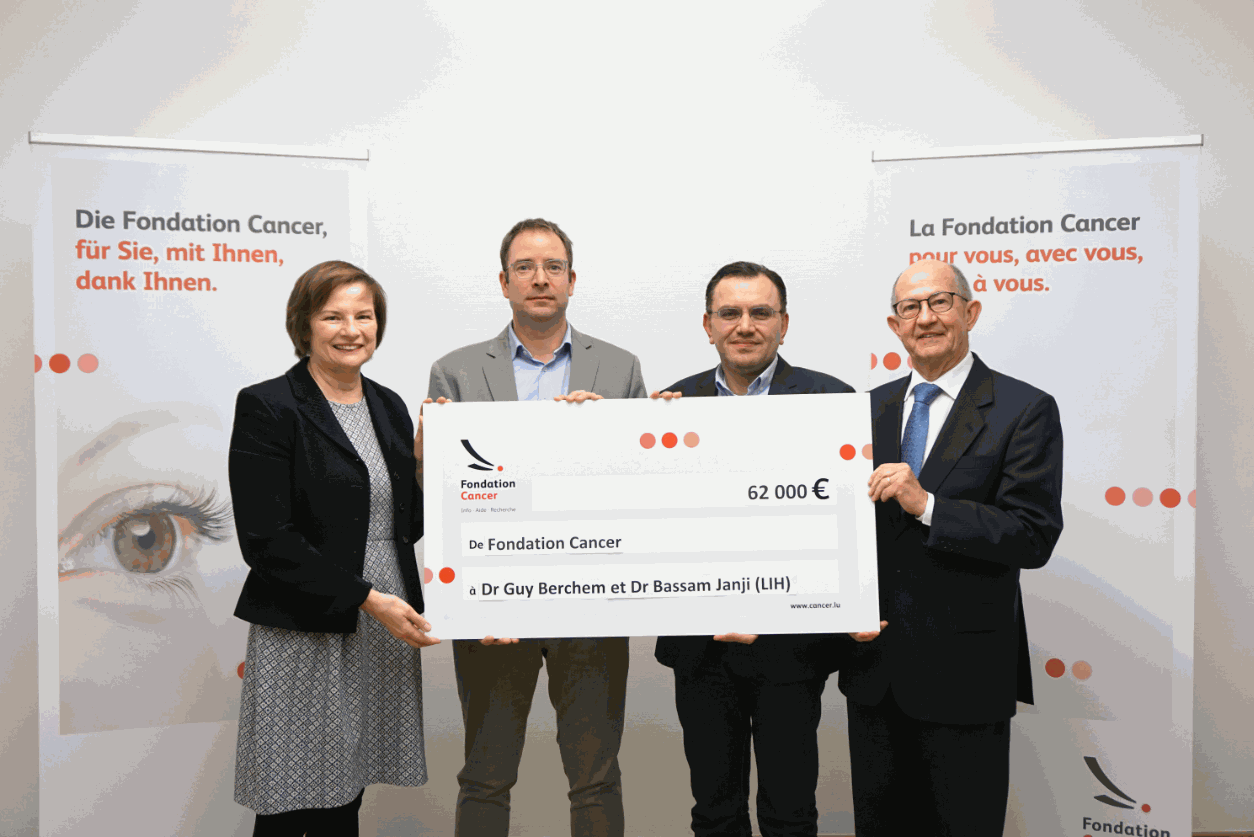 A press release is also available from the Cancer Foundation in French and German.

Prof Simone Niclou elected to the EANO Executive Board