Télévie researchers go “back to the lab”!

Télévie researchers go “back to the lab”!

On January 13, the « Rentrée des chercheurs » took place in the form of a series of video clips. This event promoted by Télévie symbolically marks the start of the new research projects funded by the charitable organisation and by the Belgian « Fonds National de la Recherche Scientifique » (FNRS). As one of the scientists supported by Télévie, Dr Bassam Janji, Group leader of the Tumor Immunotherapy and Microenvironment (TIME) at the Department of Oncology of the Luxembourg Institute of Health, was featured in this original initiative, which provided the opportunity to discuss the work of his research group.

The ‘Back to the lab’ event, traditionally organised in autumn, typically consists in a ceremony where all newly funded researchers receive a ‘Télévie lab coat’ to symbolically mark the launch of their Télévie-FNRS-financed cancer projects. However, given the current health context related to the COVID-19 pandemic, the ceremony had to be cancelled and was instead replaced with an innovative concept. In a short video interview, scientists were given the opportunity to present their research − supported by the money raised during Télévie’s 2020 fundraising activities − to the general public. In 2020, over EUR 10.5 million was raised, which allowed to support 83 new researchers, 7 new technicians and 80 new multidisciplinary and inter-university projects, bringing the total number of Télévie-funded researchers to over 200.

Dr Bassam Janji was among the researchers supported by Télévie in 2020. Specifically, his group’s project on triple-negative breast cancer was selected for funding due to its impact and significance. This particularly aggressive type of cancer is characterised by tumour cells lacking the three most common receptors (estrogen, progesterone and hormone epidermal growth factor receptor 2 - HER-2). This means that common treatments like hormone therapy and drugs targeting estrogen, progesterone and HER-2 are ineffective. Although chemotherapy is still an effective option, triple-negative breast cancer remains very difficult to cure due to the development of resistance to chemotherapy and immunotherapy.

"In our newly funded project, my team and I will seek to elucidate the molecular bases underlying this resistance mechanism. In addition, we aim to propose novel alternative treatment approaches relying on a combination of different therapies, thereby ultimately improving patient outcomes and prognosis”

The full videos presenting the research projects selected for funding by Télévie in 2020 can be found here. 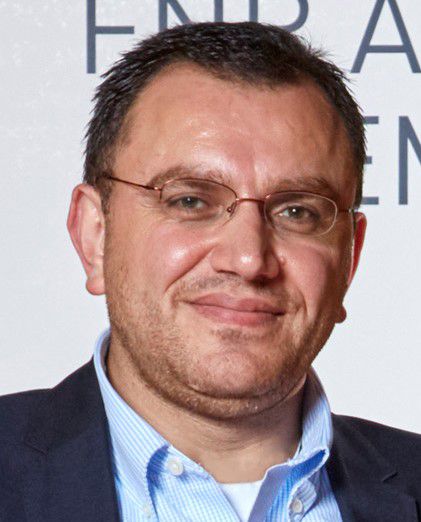