The GOTS (Gesellschaft für Orthopädisch-Traumatologische Sportmedizin), the German-Austrian-Swiss Society for Orthopaedic Sports Medicine, has held its annual congress in Munich from 17th to 18th June 2016. At this occasion, Prof Axel Urhausen from LIH’s Sports Medicine Research Laboratory was nominated as “Sports Medicine Physician of the Year”.

With more than 1300 members, the German-speaking GOTS is the world’s second largest association of specialists in sports orthopaedics. At this year’s congress, the society celebrated its 30th anniversary. Prof Romain Seil, working at the Centre Hospitalier de Luxembourg (CHL) and at the Sports Medicine Research Laboratory in LIH’s Department of Population Health, was the president of the congress. Close to 500 sports medicine specialists came together at this important meeting.

Prof Urhausen is the first Luxembourger to be given the award “Sports Medicine Physician of the Year” for his lifetime achievements in sports medicine. He has made a remarkable career path until now. He studied medicine in Namur and Leuven (Belgium) between 1977 and 1984, received his “habilitation” at the Saarland University (Germany) in 1994 and holds an extraordinary professorship at the Saarland University since 1999. Prof Urhausen has being acting as sports medicine practitioner at the Summer Olympic Games for more than 20 years, first for the German then for the Luxembourgish Olympic team.

He already published more than 260 publications in his fields of expertise: sports cardiology, physiology, overtraining and injury prevention. Since 2004, Prof Urhausen is leading the hospital service for sports and preventive medicine at the CHL. He is also the founding president of the International University of Health, Exercise and Sports (LUNEX University), a new institution headquartered in Differdange (Luxembourg), focusing on university-level education in socially relevant and closely linked areas of health and fitness, sports, therapy and preventive medicine.

Prof Urhausen was not the only awardee from Luxembourg at this congress. The country was well represented with twelve scientific presentations given by co-workers from LIH and CHL. Research assistant Eric Besenius from the Sports Medicine Research Laboratory received the award for the best scientific presentation for his talk on “injury description and risk factors during basic military training in Luxembourgish army recruits”. In addition, PhD candidate Caroline Mouton was handed the prize for the second best poster. She presented the joint LIH-CHL project “Anterior cruciate ligament clinical pathway” which aims to improve the diagnosis of anterior cruciate ligament injury. 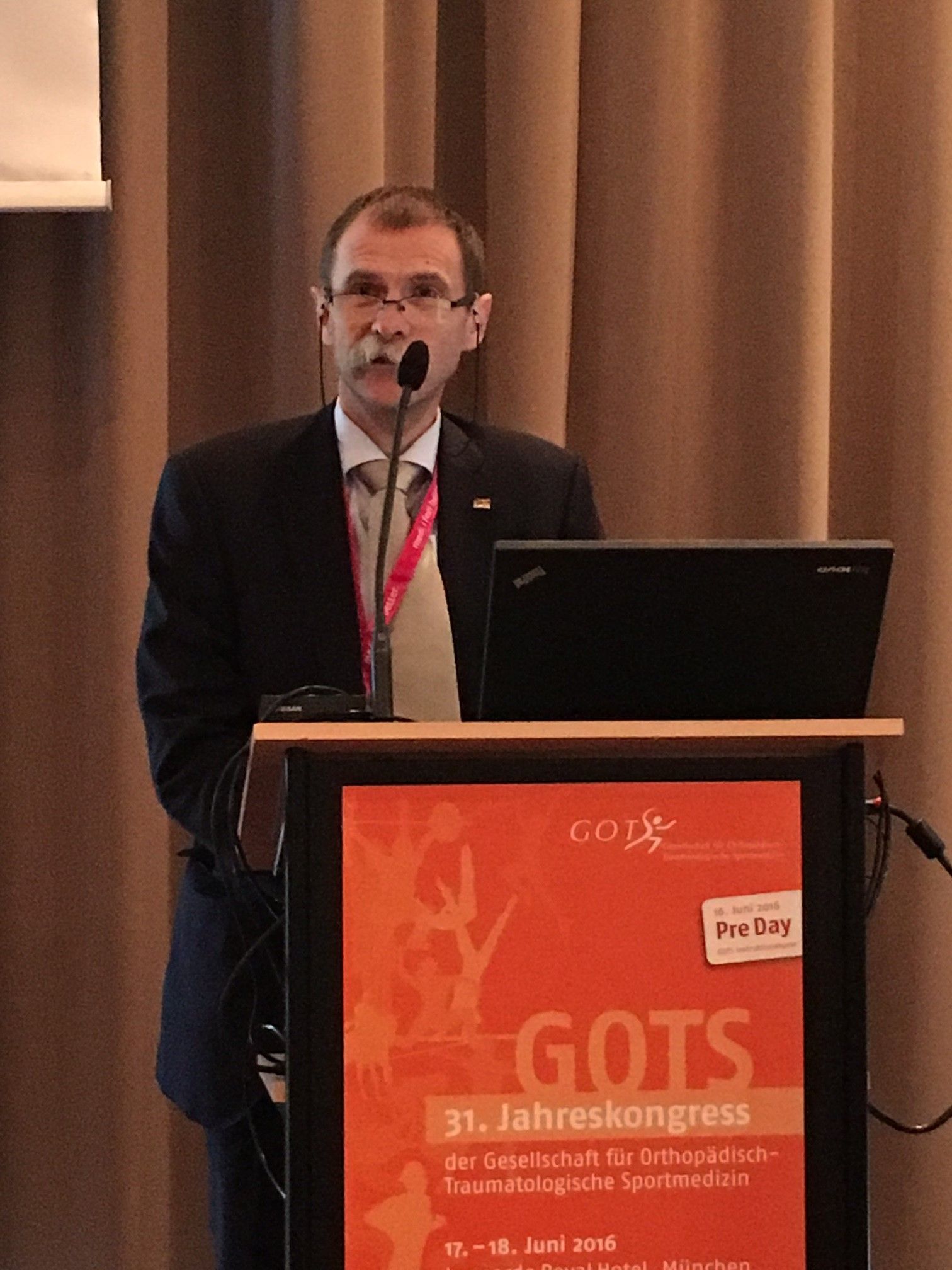 Prof Axel Urhausen, nominated “Sports Medicine Physician of the Year” by the GOTS. 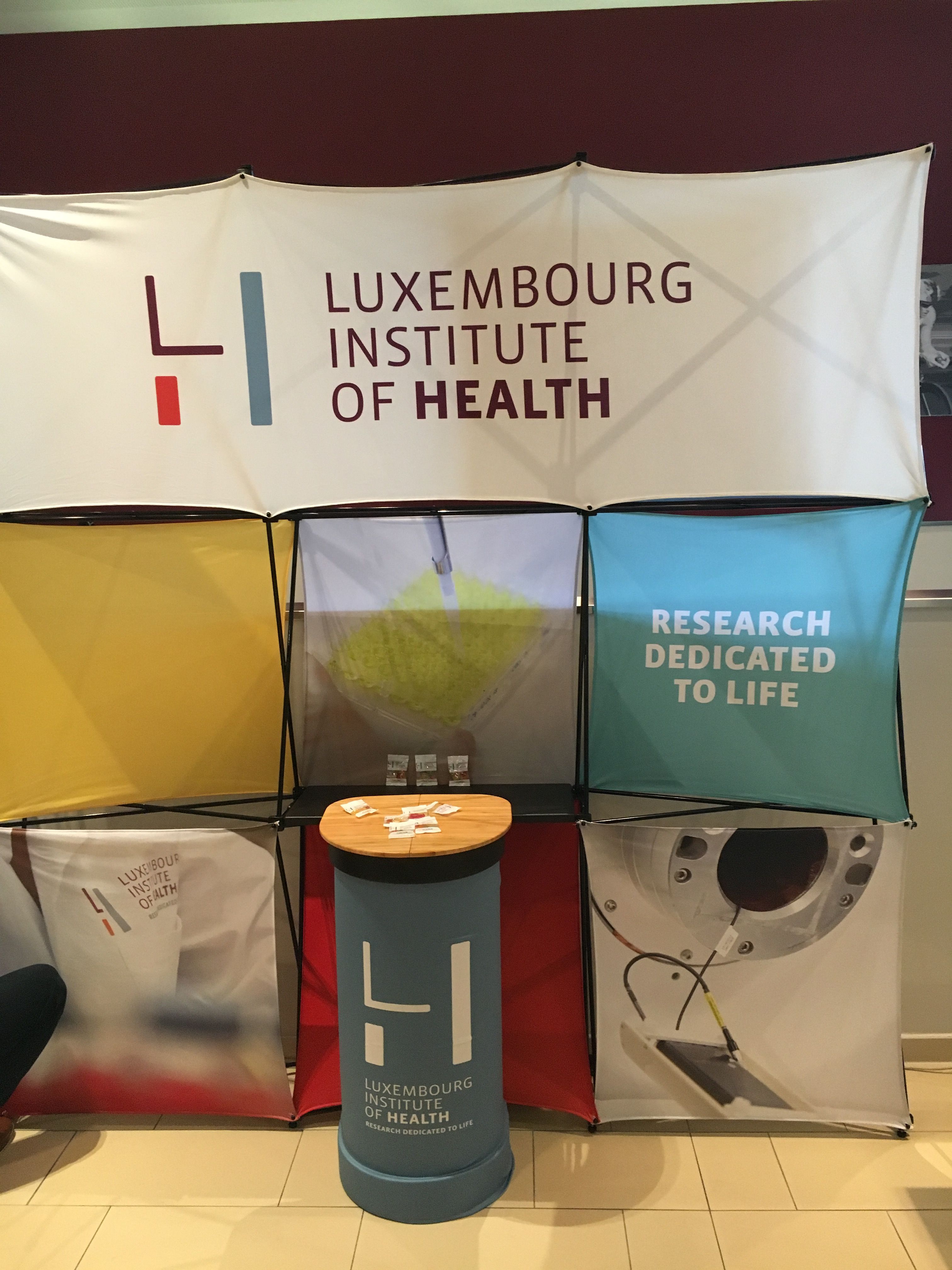 LIH booth at the GOTS congress.