Martyna Szpakowska has carried out a PhD project at LIH studying the molecular basis of ligand recognition, activation and function of the human chemokine receptor CXCR7. She successfully defended her PhD thesis on 20th April 2016 at the University of Liège, and received exceptionally positive feedback from the defence jury on her significant scientific output, her large technical expertise and the quality of her presentation.

Chemokine receptors are a receptor superfamily which are located at the plasma membrane and bind small secreted proteins named chemokines. Chemokine receptors and their ligands are involved in numerous physiological processes as well as in major pathologies such as HIV infection, cancer, inflammatory diseases and autoimmune disorders. They therefore present interesting targets for the therapy of different diseases.

A major outcome of Martyna’s thesis was the identification of vCCL2, a viral chemokine encoded by the Human Herpesvirus 8 the causative agent of Kaposi’s sarcoma, as an agonist ligand for CXCR7. Future research efforts are required to understand the biological relevance of this finding and whether the ability of vCCL2 to bind CXCR7 gives an advantage to the virus or the host. Martyna and her colleagues were also able to identify new molecular signatures allowing an alternative classification of the chemokine receptors. In addition, the work supported the hypothesis that CXCR7 is a silent receptor, its predominant role being ligand scavenging.

‘CXCR7 is a fascinating receptor. During my whole PhD I was captured by this exciting research project. Even when I was not in the laboratory I was constantly thinking about how to advance my project and our understanding on the receptor’s biological role’, tells Martyna.

The young scientist has worked for four years in the Molecular Signalling and Virus-Host Interactions Research Group at LIH’s Department of Infection and Immunity. ‘Martyna was a key member of our team. She will soon work with us again through a collaborative project with the Vrije Universiteit Brussel,’ tells her supervisor Dr Andy Chevigné. ‘She is a very talented, hard-working and ambitious researcher, who has a bright career ahead of her,’ adds Prof Markus Ollert, Director of the Department of Infection and Immunity.

Martyna was funded by an AFR grant from the Luxembourg National Research Fund. Until now, she has published three research articles and three reviews, but more publications are to come. 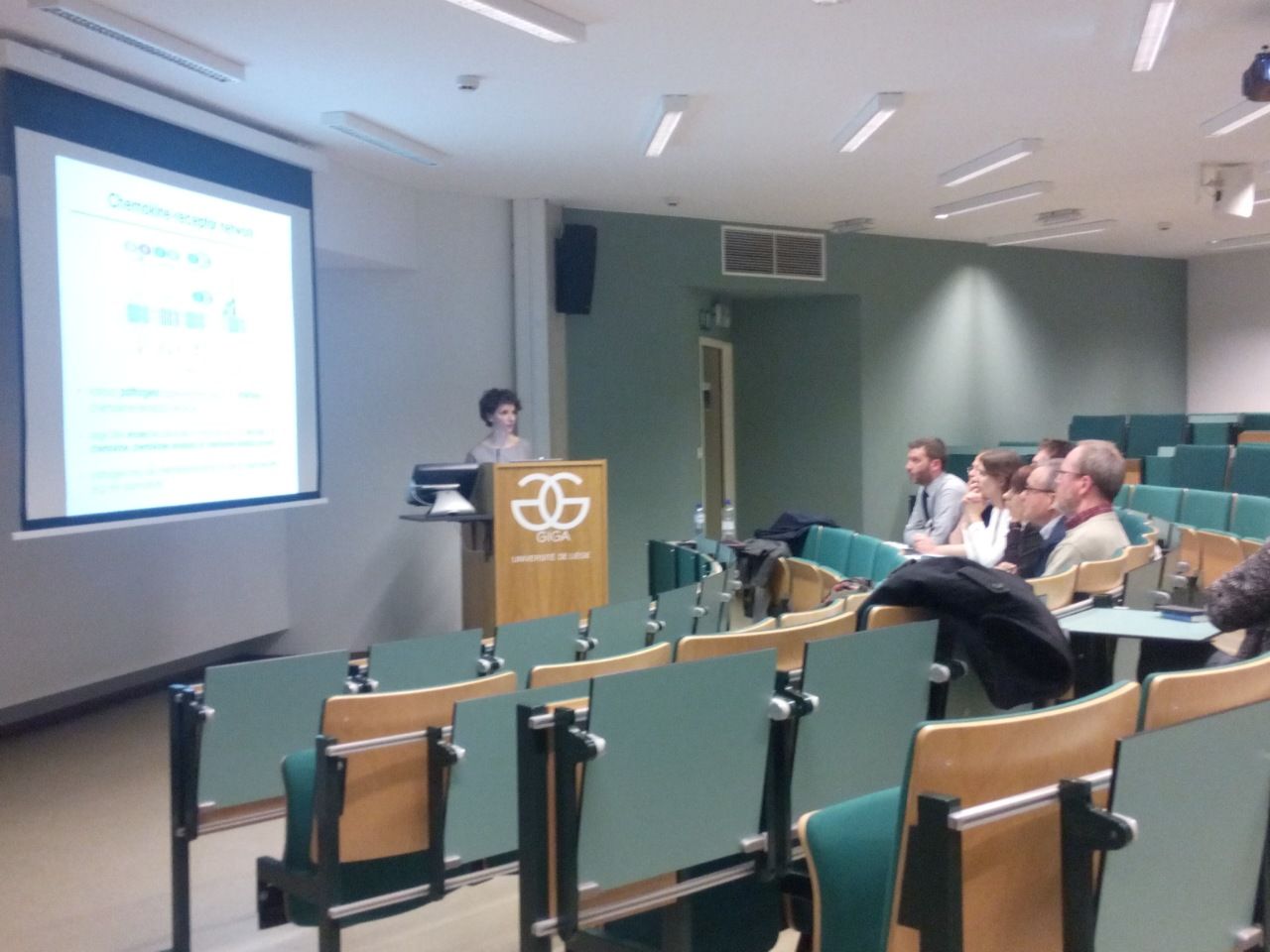 PhD defence of Martyna Szpakowska at the University of Liège

Personalised Medicine Conference 2016: LIH joins discussion on how to bring innovation to the market