The second scientific retreat of the Doctoral Training Unit (DTU) NextImmune took place at the Alvisse Parc Hotel in Luxembourg from 7th to 9th May 2019. This event brought together doctoral candidates, their supervisors, international collaboration partners and keynote speakers, and stimulated discussions on the latest findings and current challenges in next-generation immunoscience. The outstanding scientific programme featured topics ranging from basic to applied and systems & big data immunology. These topics were covered by speakers like Prof Jan Baumbach from Technical University Munich, Germany, who is an internationally renowned expert in systems biomedicine.

NextImmune is an LIH-coordinated DTU comprising 17 PhD positions. It tackles research and innovation challenges associated with the initiation, the diagnosis and the treatment of immune-mediated diseases, bridging classical immunology and big-data analysis science in a single doctoral education environment. NextImmune is supported by the PRIDE funding scheme of the Luxembourg National Research Fund (FNR) and involves the University of Luxembourg and the University of Southern Denmark as collaborating partners and PhD-awarding institutions.

A scientific retreat was organised for the second time since the start of NextImmune in 2016 to connect the Luxembourg PhD community in the field of immunology. This edition was planned in a larger, longer and more international format compared with the first retreat held in 2017. Prof Markus Ollert, NextImmune Coordinator and Director of LIH’s Department of Infection and Immunity, welcomed close to 100 attendees. At the opening session, he presented the concept, training programme and achievements of NextImmune. This presentation was followed by speeches from Dr Sean Sapcariu from the FNR, Dr Gregor Baertz, President of LIH’s Board of Directors and Prof Ulf Nehrbass, CEO of LIH.

The three-day retreat comprised keynote lectures with international speakers, doctoral candidate presentations, a guided poster tour and a workshop. Prof Ollert had the honour to welcome Prof Cezmi Akdis to this retreat, who is one of the Scientific Advisors of this DTU and Director of Swiss Institute of Allergy and Asthma Research (SIAF), University of Zurich, Switzerland. He was among the keynote speakers together with key scientists from both degree-awarding Universities for NextImmune – the University of Luxembourg and the University of Southern Denmark. Another highlight of the NextImmune retreat was the featured lecture of Prof Mübeccel Akdis from SIAF in Switzerland in the Lecture Series Infection & Immunity, also funded by the FNR. Prof Akdis gave her talk on regulatory and angiogenic novel B cell subsets on the second day of the retreat. The workshop led by Dr Thomas Calzascia from Novartis, Basel, Switzerland focussed on working in pharmaceutical industry and was received particularly well by the PhD candidates.

‘The NextImmune retreat was a scientifically stimulating event with an international and interdisciplinary dimension thanks to the contribution of keynote speakers from different renowned research institutions in Europe who also gave valuable input on the presented PhD projects’, underlines Prof Ollert. ‘Importantly, it was a committee of NextImmune PhD candidates who played a major role in organising the retreat. There was also a pleasant social programme beside the scientific part that allowed to further stimulate the interaction between the participants and in particular enhance the community feeling of our PhD candidates.'

At the closing of the event, prizes for the best presentations were given to doctoral candidates. Mareike Neumann was awarded for the best oral presentation with her talk titled “Colonic mucus foraging by commensal microbiota modulates the host immune responses”. Lynn Bonetti, who presented her PhD project on the role of the anti-oxidant glutathione in gastro-intestinal infections, was selected for the best poster presentation award. Snehaa Seal stood out as the best poster pitch presenter. Her poster reported on her PhD project on DNA methylation in the context of type-2 diabetes and neuropsychiatric comorbidities.

A third NextImmune retreat will take place in 2020. 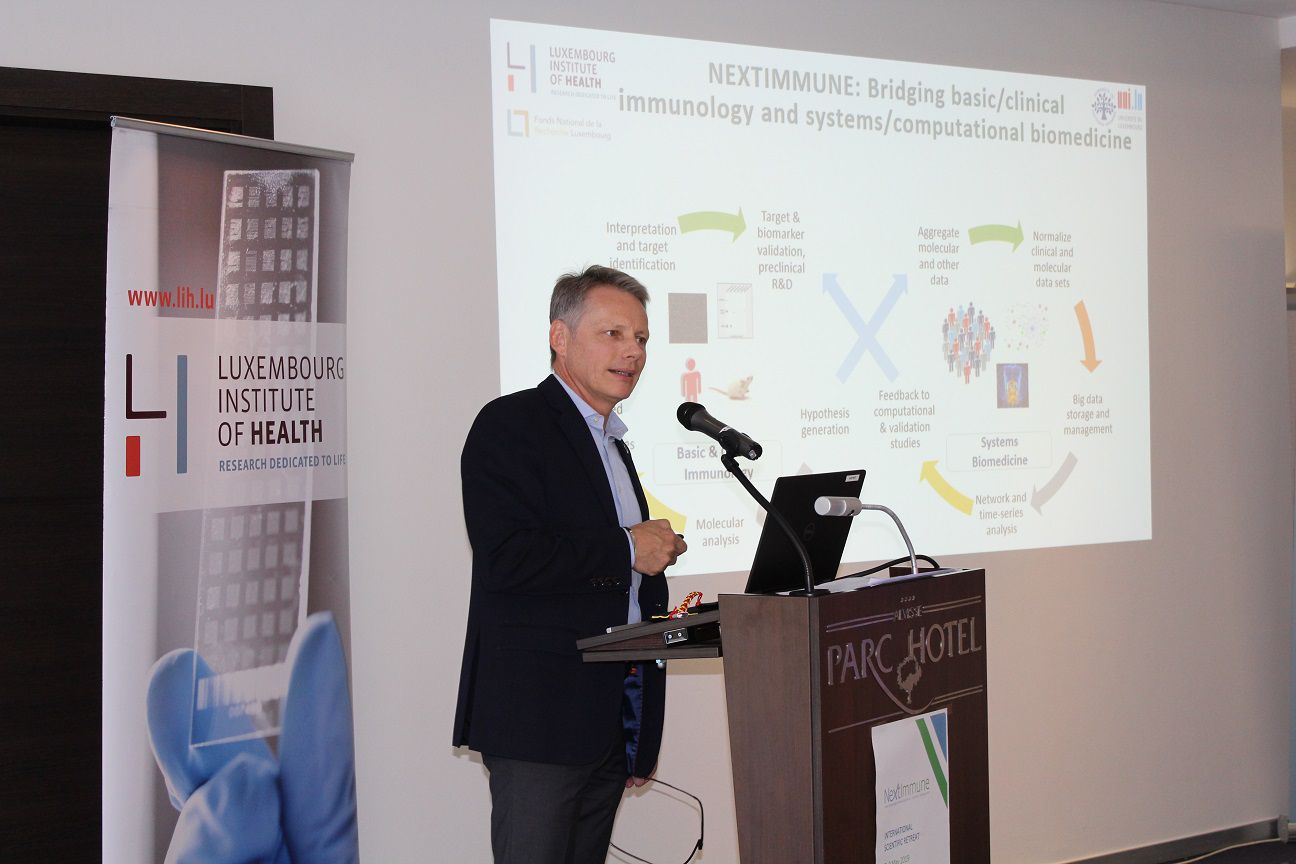 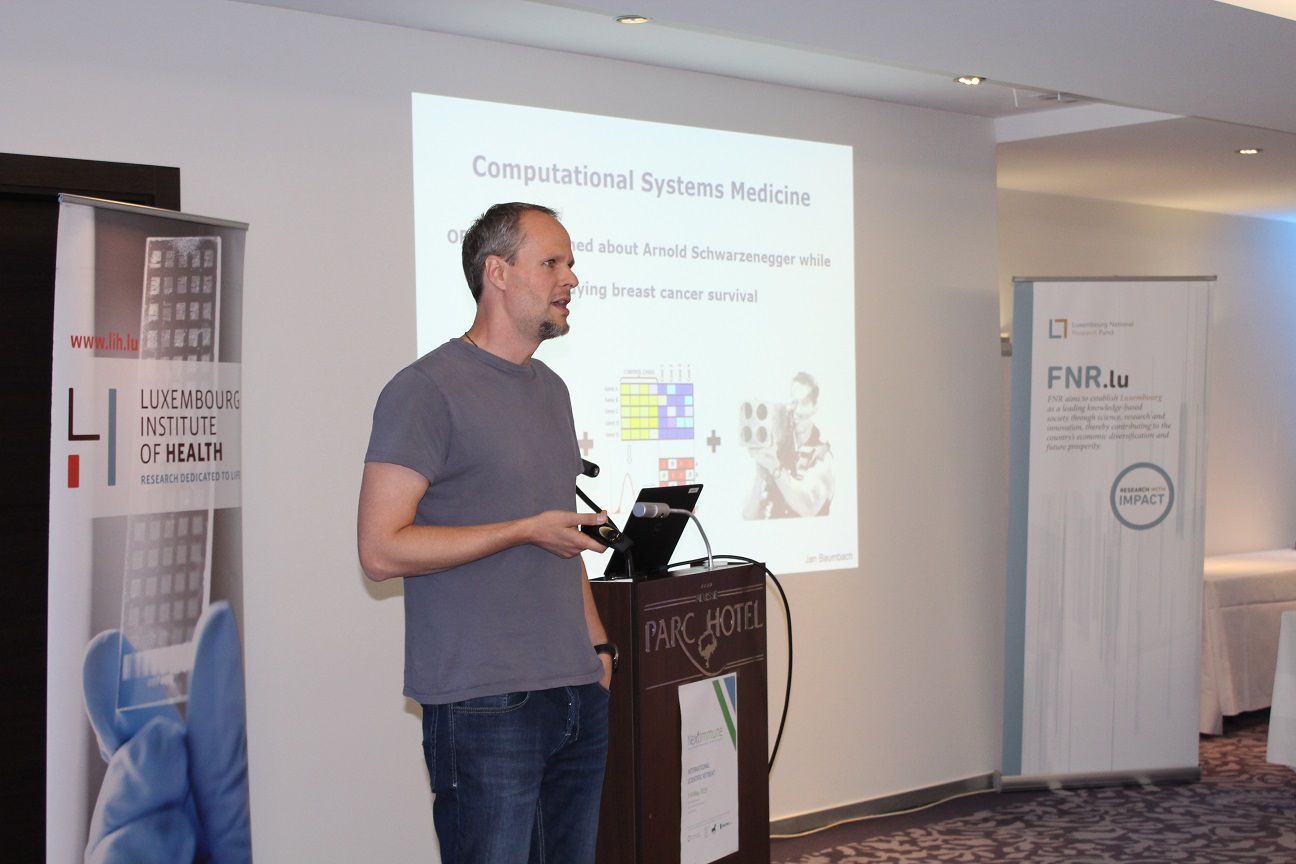 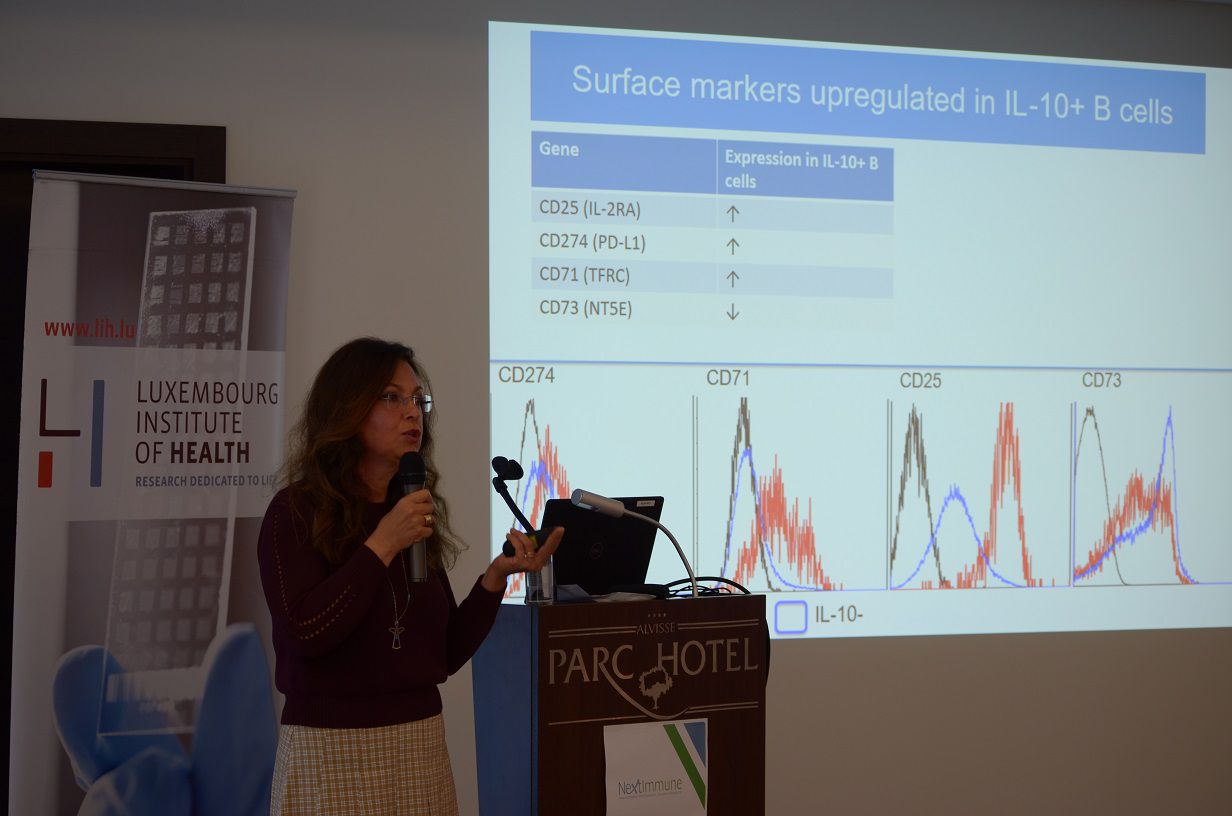 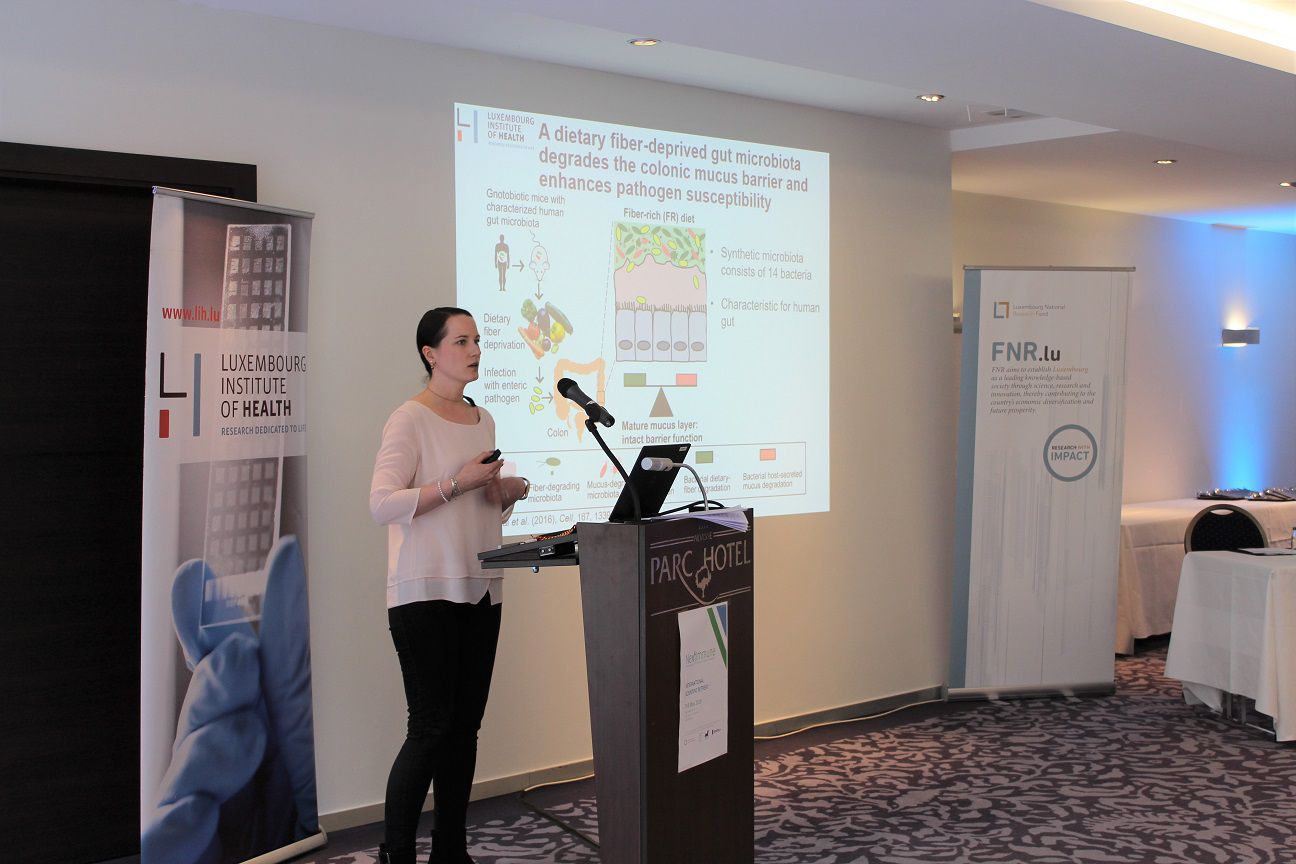 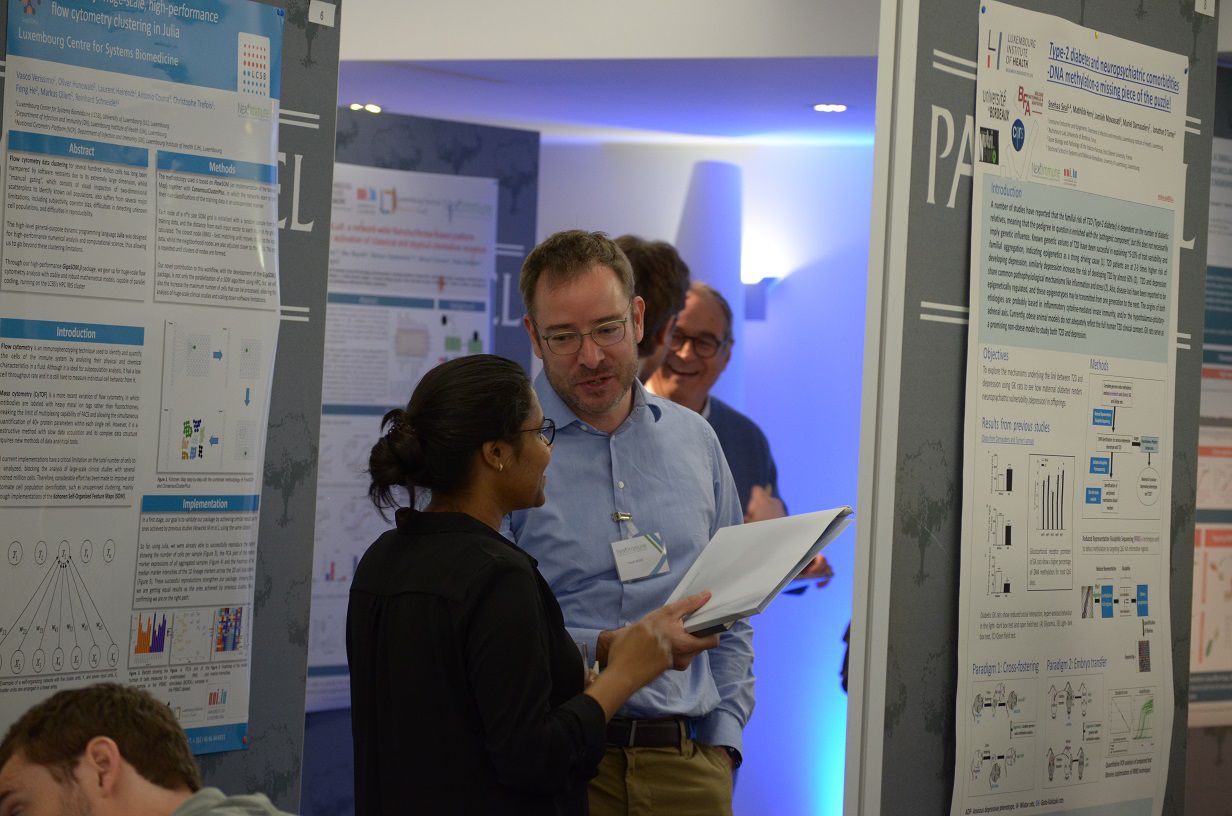 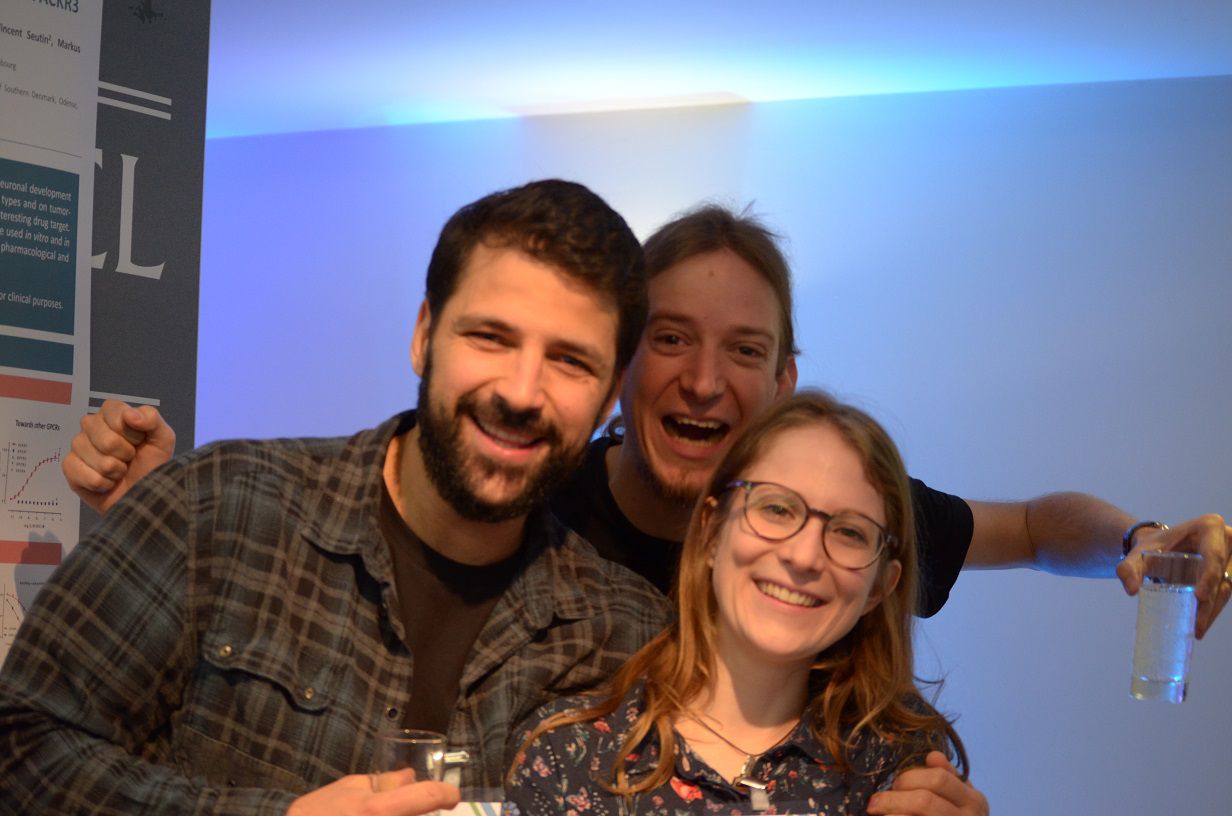