Prof Rejko Krüger, Director of Transversal Translational Medicine at LIH, contributed to an international study aiming to shed light into the genetic determinants of Lewy body dementia (LBD), a common yet understudied neurodegenerative disease. Leveraging advanced genome sequencing techniques in a large study population, the scientists identified five risk genes involved in the onset and progression of this form of dementia, and brought forward the critical role of mutations in a subset of these genes in LBD development. The study also showed that LBD displays common features with Alzheimer’s disease and Parkinson’s disease, thereby providing a deeper understanding of the complex genetic architecture of this age-related neurodegenerative condition and paving the way for the development of targeted therapies. The findings were published in February 2021 in the prestigious journal Nature Genetics.

Lewy body dementia is a common neurodegenerative disease characterised by progressive cognitive decline, parkinsonism and visual hallucinations. There are currently no effective treatments available to slow its progression, with therapeutic approached being limited to mitigating the symptoms. The distinguishing feature of this disorder is the accumulation in the brain of pathologically altered forms of the protein α-synuclein in aggregates known as Lewy bodies, which are coincidentally also a hallmark of Parkinson’s disease. Moreover, most LBD patients also report neuropathological traits of Alzheimer’s disease, suggesting that LBD could be genetically related to both Parkinson’s and Alzheimer’s disease.

In order to confirm this hypothesis and shed light into the genetic basis of LBD, the research team performed a cutting-edge genome sequencing technique, known as whole-genome sequencing, in a large cohort of 2,981 LBD patients and 4,391 neurologically healthy controls, which also included the participants recruited within the Luxembourg study ‘National Center for Excellence in Research on Parkinson’s disease’ (NCER-PD), funded by the Luxembourg National Research Fund (FNR). These data were subsequently analysed using a genome-wide association study (GWAS) approach.

The scientists thus identified five distinct genetic regions (known as loci) that influence the risk of developing LBD. Namely, three of these loci were located within the genes GBA, APOE and SNCA, which are known LBD risk determinants, while BIN1 and TMEM175 represented new LBD risk loci. Moreover, the team discovered that rare mutations specifically in the GBA gene are equally critical in LBD pathogenesis.

Strikingly, all of the identified LBD risk loci are also known to be implicated in other age-related neurodegenerative disorders, with GBA, SNCA and TMEM175 being known risk genes for Parkinson’s disease, and APOE and BIN1 being associated with Alzheimer’s disease. Notably, mutations in TMEM175 result in mitochondrial dysfunction and accumulation of defective α-synuclein, both features of Parkinson’s diseases, while mutated BIN1 causes increased amyloid-β production, giving rise to the plaques that characterise Alzheimer’s brains. The researchers therefore showed that the effects of faulty TMEM175 and BIN1 in LBD coincide with those observed in Parkinson’s and Alzheimer’s disease, respectively, demonstrating that LBD shares not only overlapping clinical and neuropathological features, but also common  genetic molecular traits with these two major neurodegenerative diseases. In line with this result, LBD patients were also found to be at greater risk of developing both Alzheimer’s and Parkinson’s.

“Essentially, our study provides definitive evidence that the risk of Lewy body dementia is driven, at least partially, by genetic variants that are also associated with the risk of developing both Alzheimer’s disease and Parkinson’s disease"

The large whole-genome sequence repository of both LBD patients and healthy controls, created with contributions from the Luxembourg Parkinson’s study, constitutes a valuable resource for the international scientific community, which will facilitate the undertstanding of molecular mechanisms across a broad spectrum of neurodegenerative diseases, thereby accelerating the development of targeted therapeutics and advancing precision medicine. 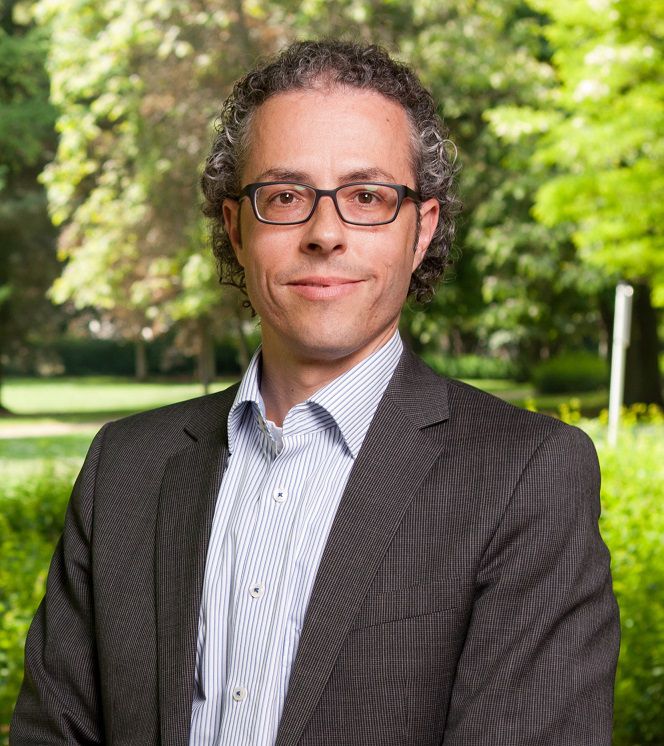