Dr Catherine Larue, acting as CEO ad interim of LIH since 1st January 2016, received the grade of “Chevalier de la Légion d’Honneur” (Knight of the Legion of Honour) of the French Republic from His Excellency Ambassador Guy Yelda on Friday, 7th October 2016. This was the occasion for the French Republic to recognise an outstanding career path dedicated to science and healthcare, and to illustrate the excellent level of cooperation between Luxembourg and France.

The “Légion d’Honneur”, founded in May 1802 by Napoléon Bonaparte, is the oldest and highest French distinction and one of the world’s most famous. Awarded in the name of the President of the French Republic to most deserving military people and citizens, it is a way to recognise the action of a human being, the richness of a life path, an act of courage or generosity, or an action in favour of France’s ideals.

Dr Larue has an outstanding career path in science and healthcare. She holds two PhD degrees from the University of Rouen, France, one in the field of Experimental Biology and one in Immunology. She also has a University degree in Clinical Cancer Biology for University Paris VI, France, and an Executive MBA from St. John’s University, New York.

She has been managing research teams for the world leading pharmaceutical/life sciences companies Sanofi and Bio-Rad in France and in the United States, and participated in the discovery of several innovative biomarkers. She also contributed to the market introduction of dozens of diagnostic tools. Since 2008, she serves as evaluator of the European Commission’s research programs. She is the author of 85 publications in scientific journals and filed 13 patents.

Acting currently as CEO ad interim of LIH, Dr Larue arrived in Luxembourg in 2012 to take the position of CEO of Integrated BioBank of Luxembourg (IBBL), where she focused on business strategy and development of new personalised medicine initiatives. She is playing an active role in key health projects in Luxembourg, and is member of the “Cancer Platform” to implement the First Luxembourg Cancer Plan 2014-2018.

This exceptional professional path was also made possible thanks to Dr Larue’s one of a kind energetic, sharing, innovative and deeply human personality. Dr Larue dedicated this exceptional distinction to 'all research scientists, forgotten or not, genius or not, all simple heroes of day-to-day life, who contribute to improve global knowledge and, in fine, humanity.' 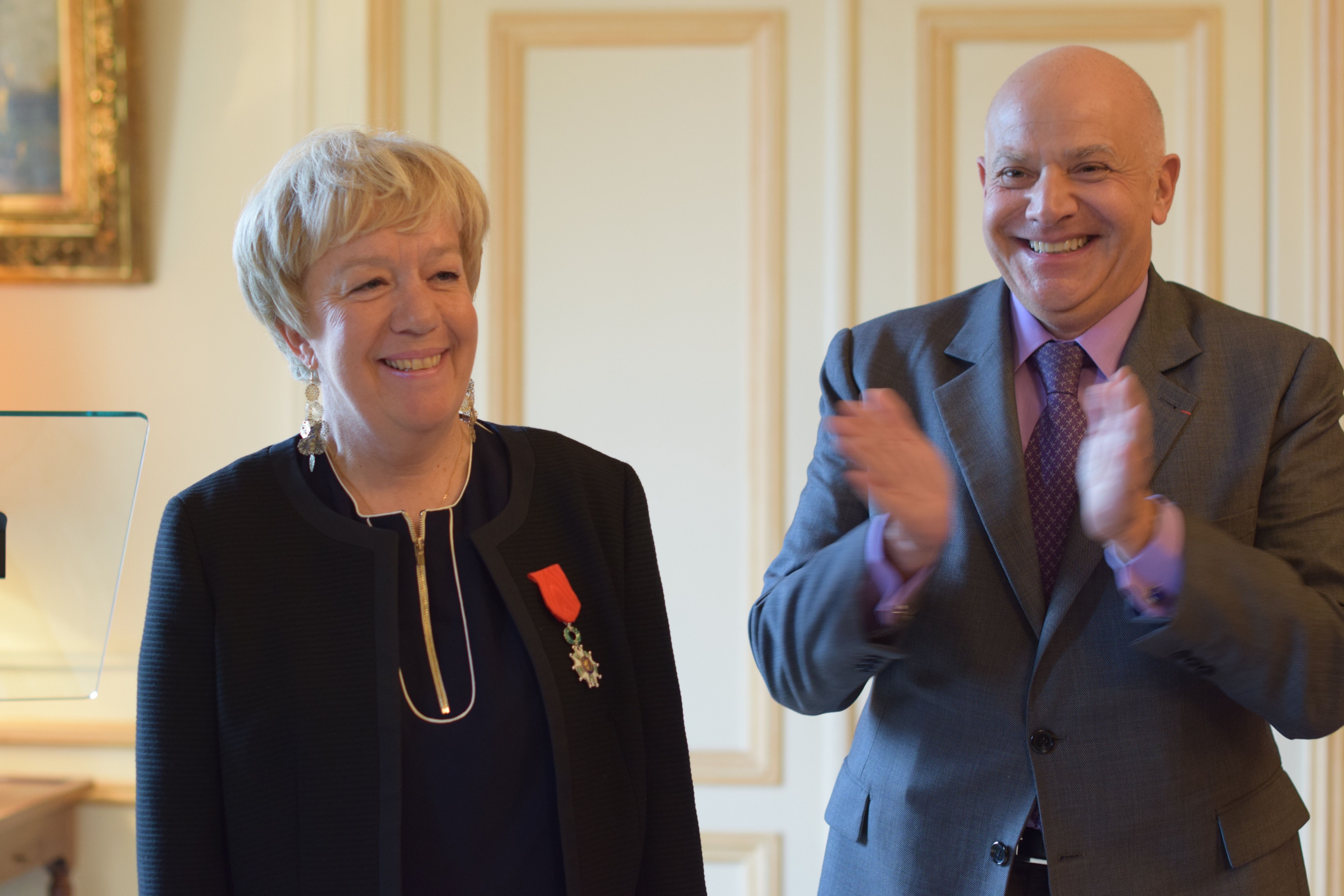 Read also our press release on this topic available in French and German.