Representatives of the renowned Japanese RIKEN Centre for Integrative Medical Sciences (RIKEN-IMS) visited Luxembourg from 24th to 26th September 2018 to meet government representatives and the directors of the local biomedical research institutions. They presented current and future joint research projects and discussed on how to secure a long-term scientific collaboration between the two countries.

Beginning of a successful collaboration

LIH and the Luxembourg Centre for Systems Biomedicine (LCSB) at the University of Luxembourg have been intensively collaborating with RIKEN-IMS for the last few years in the field of immunology, microbiome and inflammatory diseases. In 2015, the Luxembourg National Research Fund (FNR) signed a Memorandum of Understanding to formalise the scientific partnership. Following this, a research project named “Regulatory T cell responses at the crossroads of immune homeostasis and inflammation in the context of barrier diseases” - shortly TregBar - was jointly set up by LIH and LCSB and supported by the RIKEN AFR bilateral funding scheme of the FNR. In 2016, a first joint meeting with RIKEN representatives was organised in Luxembourg, and in 2017 a delegation that included the Luxembourg Minister of Health travelled to the research sites in Japan and the official scientific kick-off symposium was held at the RIKEN-IMS campus in Yokohama.

Mrs Mutsch exposed the Grand-Duchy’s internationalisation strategy in healthcare, and different researchers presented the ongoing collaborative research projects between RIKEN-IMS and Luxembourg. As a symbol for the strong link between Luxembourg’s biomedical research community and the Japanese centre, a room at the House of Biomedicine II on the Belval Campus of the University of Luxembourg was named “RIKEN Conference Room”. The symposium was followed on 26th September by visits of the facilities of the LCSB, LIH’s Department of Infection and Immunity, IBBL and LNS.

Subsequently, a workshop promoted the exchange on the possible establishment of an outpost laboratory of RIKEN-IMS in Luxembourg. The creation of such a structure would leverage the existing expertise and infrastructure to foster interdisciplinary and frontier research, but depends on funding from both sides as well as from third parties. The research focus would be on topics surrounding the role of gut-brain interactions and barrier function in relation to neuroinflammatory and neurodegenerative conditions. An outpost laboratory could facilitate research stays for Japanese scientists in Luxembourg and engage both countries in a sustainable scientific relationship. To manage bidirectional exchanges, a national RIKEN contact point may also be appointed in Luxembourg.

At LIH, the Department of Infection and Immunity, headed by Prof Markus Ollert, is intensively collaborating with RIKEN-IMS in the field of T cell immunology and gut microbiome research. The TregBar project that includes two PhD and three postdoctoral positions, foresees several research stays in Japan for the hired early-career stage researchers. In addition, an FNR INTER Mobility grant allowed Principal Investigator Dr Mahesh Desai to undertake prolonged research stays at RIKEN-IMS as a visiting scientist.

Prof Ollert values the ties that LIH and LCSB have been able to establish with RIKEN-IMS over the years and that now become even more concrete with the discussion on the creation of a binational laboratory in Luxembourg. He comments: ‘The Japanese centre has been outstanding in biomedical sciences for many years and manages to maintain its high level of excellence. This in a good example to follow for Luxembourg. What both countries have in common is that they are small - Luxembourg in the context of Europe and Japan in the context of Asia. To be visible they strive to jump ahead in key technological areas. The national biomedical research centres of Luxembourg and RIKEN have a strong complementarity on their research topics and become more performant when working together. During the visit, one could feel a strong willingness of RIKEN-IMS to create a sustainable structure for collaboration with Luxembourg that is mutually beneficial.’ 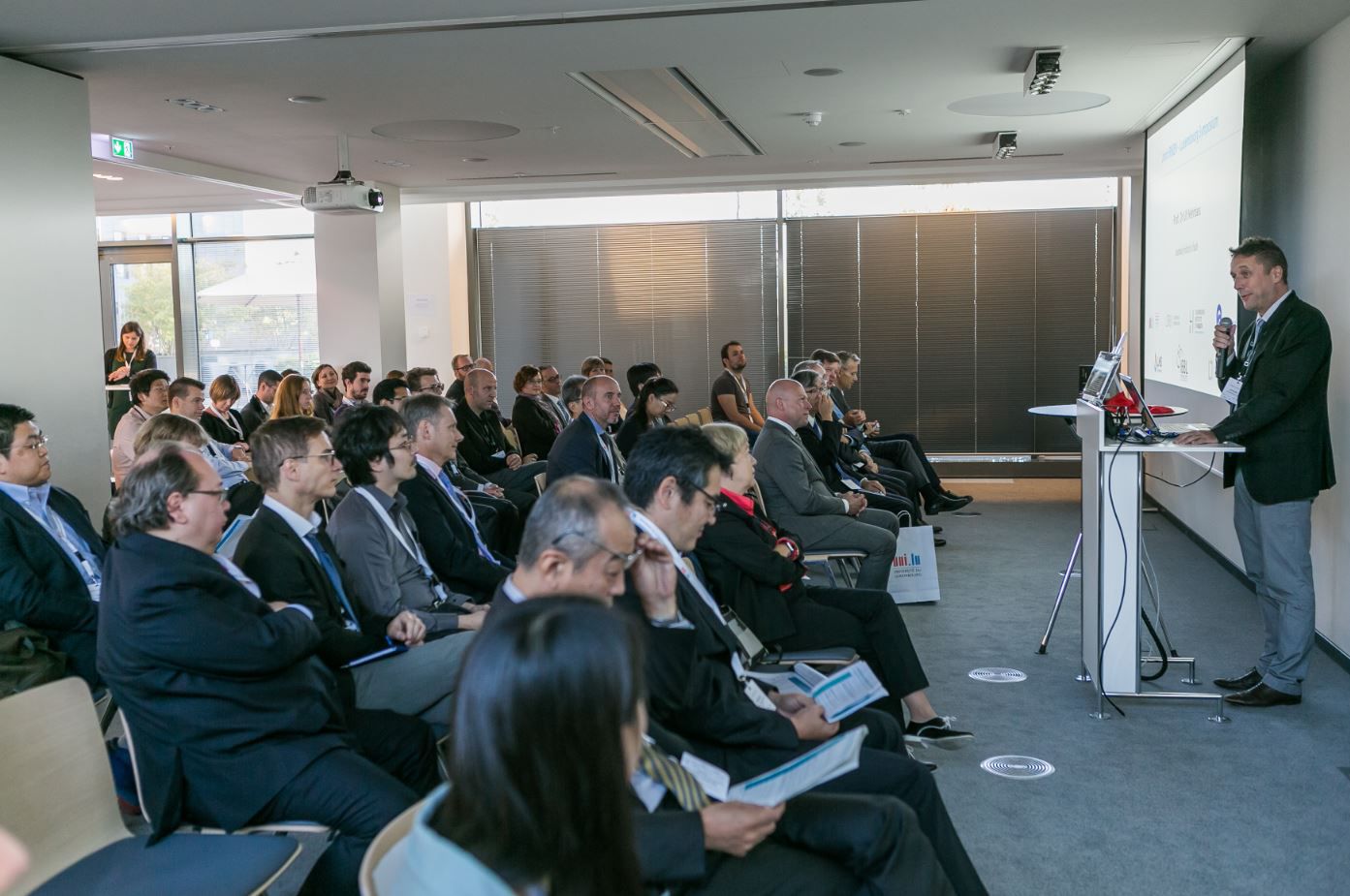 Dr Ulf Nehrbass presenting at the symposium at the House of Biomedicine II. 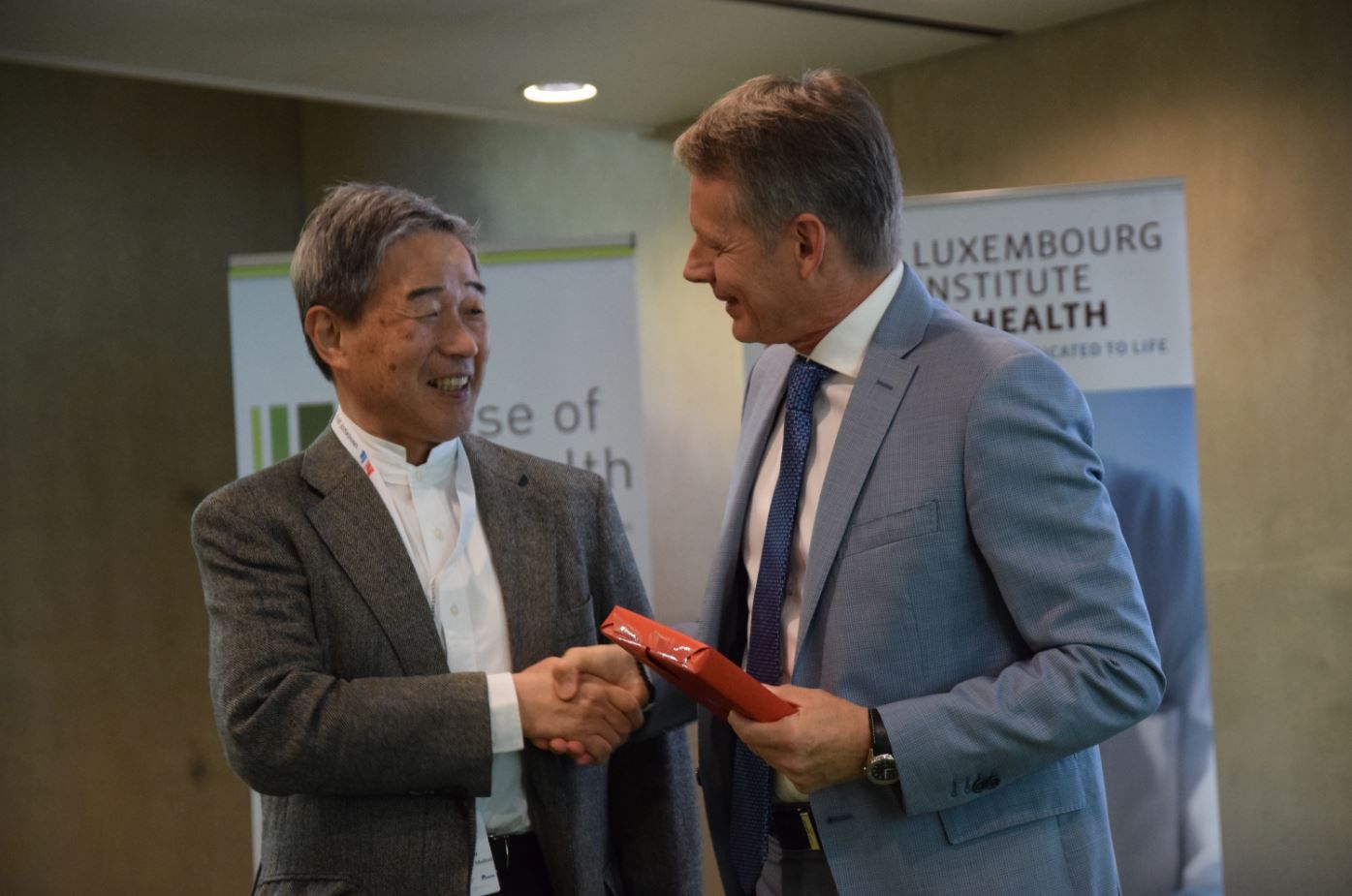 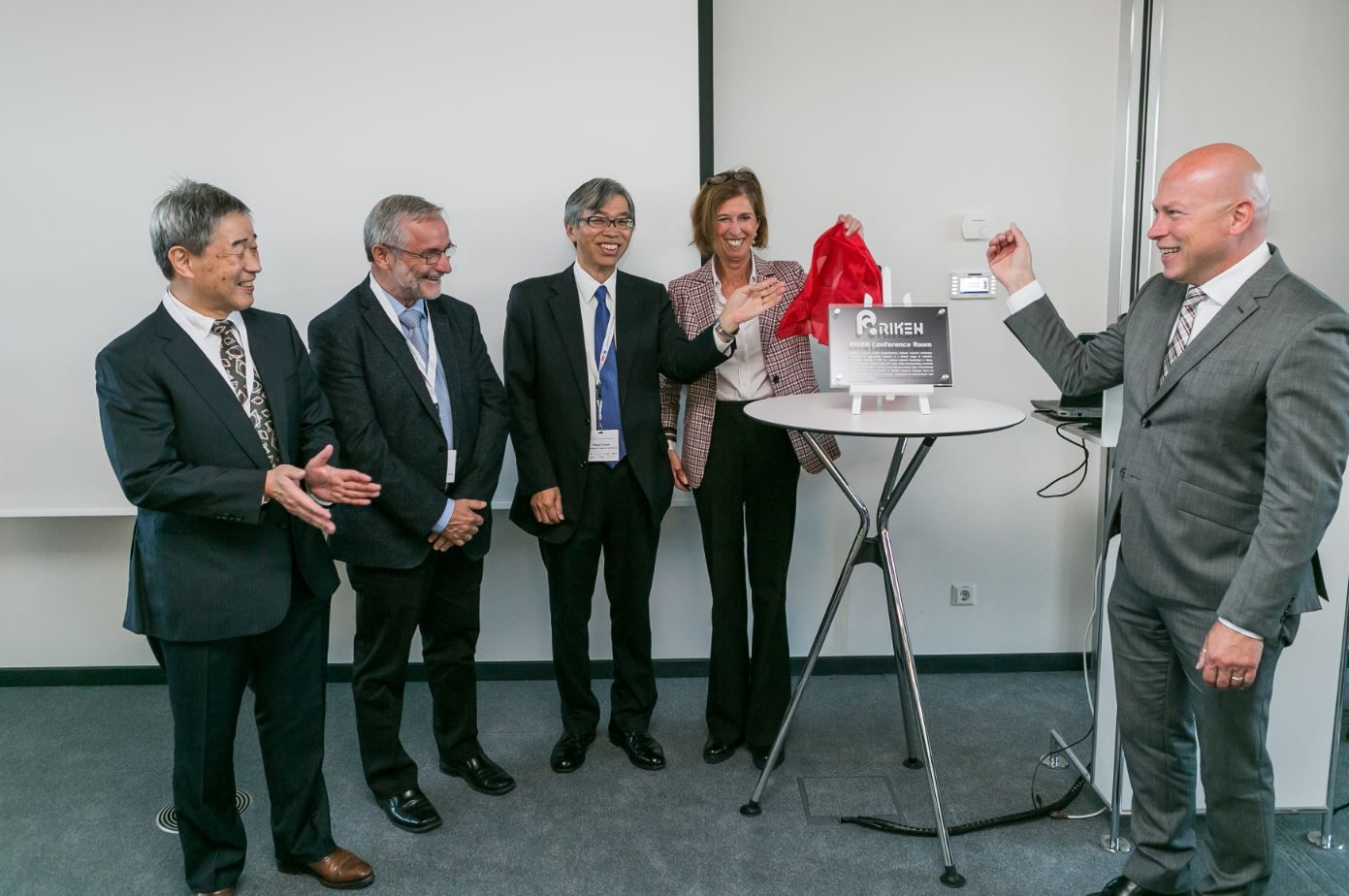 Inauguration of the "RIKEN Conference Room" at the
House of Biomedicine II.

Review on RNAi/CRISPR screening: All you need to know before starting a genetic screen