A “virtual” graduation at the time of COVID-19

A “virtual” graduation at the time of COVID-19

On Monday, April 27th, the first PhD defence under the CANBIO doctoral research and training programme took place at the premises of the University of Luxembourg in Belval. Doctoral candidate Ines Kozar defended her thesis on the mechanisms underlying drug resistance in melanoma, providing deeper insights into the genetic alterations that characterise these tumours and opening up new therapeutic avenues.

Despite recent progress in drug development, cancer is incurable in many instances and remains one of the main challenges of modern-day medicine. One of the factors that contribute to its insidiousness is the ability to circumvent surveillance by the body’s immune system and to develop drug resistance mechanisms. The understanding of these “escape” strategies is therefore crucial in the fight against cancer. In this context, LIH, the University of Luxembourg and the Laboratoire National de Santé (LNS) launched the Cancer Biology “CANBIO” PhD training programme in 2016, with the aim of providing state-of-the-art training in cancer biology to young scientists, thereby leading to the development of more effective therapies and fostering translational research.

On April 27th, PhD candidate Ines Kozar from the Department of Life Science and Medicine (DLSM) of the University of Luxembourg was the first student to graduate under the CANBIO programme, following a “virtual” defence and graduation ceremony, in light of the current COVID-19 context. The defence consisted in an oral presentation of her work, a Q&A session and ensuing jury deliberation.

Dr Kozar’s thesis “From drug resistance mechanisms to miRNA function in melanoma”, supervised by Prof Stephanie Kreis, focused on novel approaches to tackle drug resistance in melanoma, an aggressive skin cancer originating from the uncontrolled proliferation of pigment-producing melanocytes. Melanomas are often characterised by mutations in the gene coding for the BRAF protein kinase, and therapies based on molecules that target this mutant protein have been widely used. However, the rapidly emerging resistance to these therapies calls for the discovery of alternative options. By screening a library of different molecules that inhibit protein kinases, Dr Kozar identified a new set of inhibitors that showed promising results for the treatment of late-stage melanoma patients. In addition, she detected a series of genes and microRNAs (miRNAs)[1] that were expressed in different patterns in drug-resistant compared to drug-sensitive cells, thus suggesting a role for miRNAs in the transition from sensitivity to tolerance.

“We are very proud of Ines’ work and achievements. She has been the first CANBIO student to graduate, having already contributed to 6 peer-reviewed publications plus an additional one currently under review. On top of this, she has also been the first candidate to have defended her thesis completely remotely via Webex! Indeed, high-quality cancer research “made in Luxembourg” carries on despite the current COVID-19 situation, since cancer does not stop and millions of patients are still in urgent need of new therapies”,

states Prof Stephanie Kreis, Assistant Professor at the Department of Life Science and Medicine (DLSM) of the University of Luxembourg.

“The goal of CANBIO is to train the next generation of young brilliant scientists, which is a prerequisite for the development of novel cancer drugs and for improved patient care. As the first graduate of the programme, Dr Kozar perfectly embodies this profile. Her research results will constitute an important step forward in the fight against drug-resistant melanomas, both in Luxembourg and beyond”, 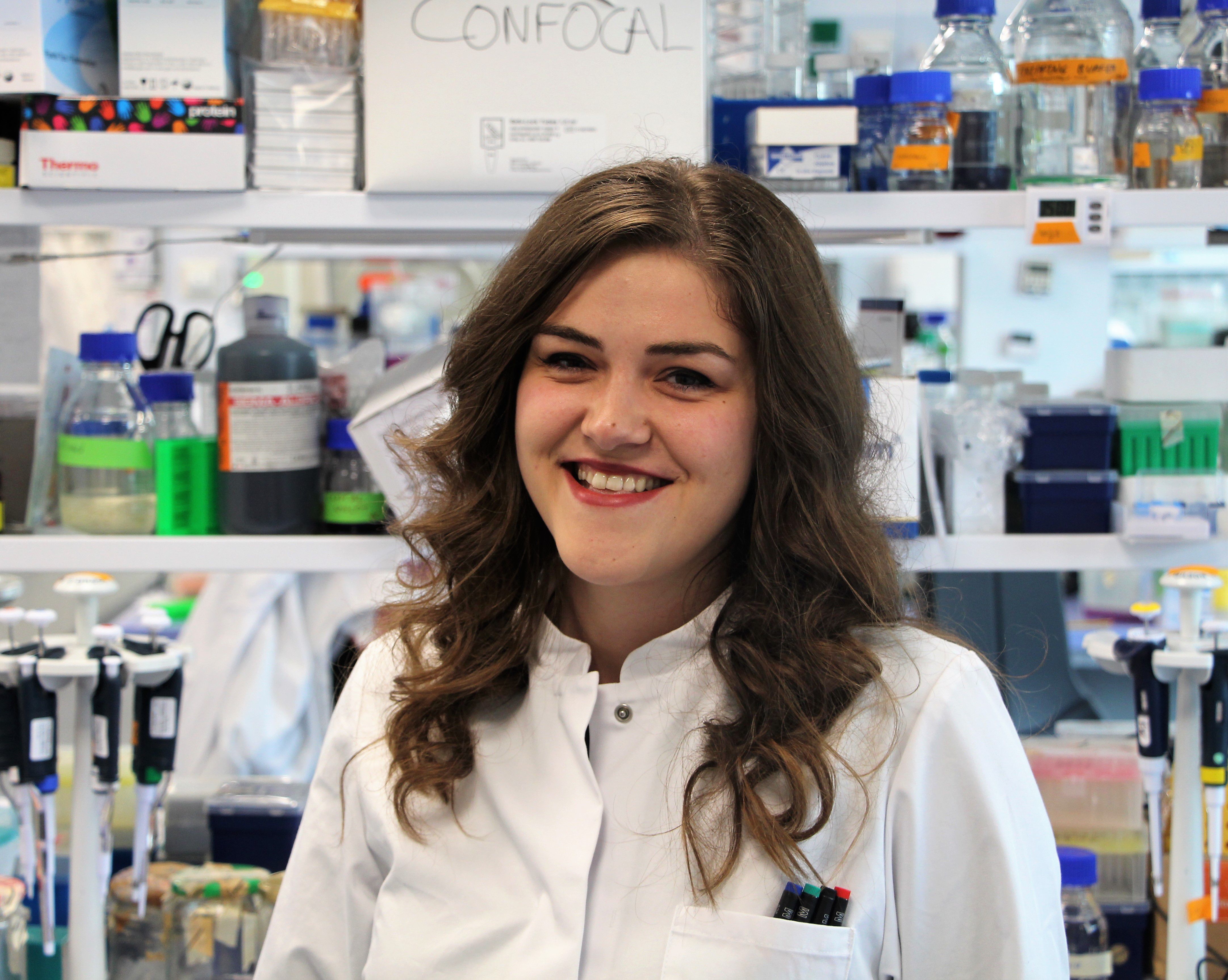 The “Predi-COVID” study has been launched