Exchange on medical innovation and launch of inter-university partnership

Exchange on medical innovation and launch of inter-university partnership

On the occasion of the State visit of Their Royal Highnesses the King and Queen of the Belgians from 15th to 17th October 2019 in Luxembourg, the fruitful academic and research collaborations between the two neighbouring countries were highlighted.

On 16th October, the University of Luxembourg hosted an academic seminar on “Medical Innovation, bringing together the worlds of academia, innovation and healthcare”.

Belgian and Luxembourgish researchers discussed innovative medical projects, exploring new collaborations in the field of digital, mental and innovative health. With numerous examples, the seminar proved that fundamental and applied research can lead to medical applications impacting on health and healthcare. New studies on chemokines, known for their role in guiding cell migration during development and immune responses, conducted by Dr Andy Chevigné at LIH’s Department of Infection and Immunity in collaboration with the Belgian biotech company Confo Therapeutics, were presented to serve as an example for a successful public-private partnership. Amongst other topics, the first clinical applications of sensor-equipped shoes, bracelets and mobile apps for patients with Parkinson’s disease as well as the integrative healthcare model ParkinsonNet were also showcased.

Prof Laetitia Huiart, Director of LIH’s Department of Population Health, Prof Rejko Krüger, Director of Transversal Translational Medicine at LIH, and other representatives of the Luxembourg research institutions also had the honour to meet the Queen of the Belgians and the Hereditary Grand Duchess of Luxembourg in person to present scientific projects in a privileged set-up.

Accelerating the translation of research results

On 17th October, the Catholic University of Louvain (UCLouvain), Sopartec S.A., the University of Luxembourg, the Luxembourg National Research Fund (FNR) and LIH signed a letter of interest to establish partnerships in the framework of the launch of the new “VIVES Inter-University Fund”.

This new fund, which ultimately targets a size of around 50 million euros, aims to translate the results of cutting-edge European scientific research into entrepreneurial projects with a high potential and strong societal impact. By signing this letter of interest, the partners express their intent to underscore their cooperation in technology transfer, strengthen the financing of spin-offs and accelerate their deployment in a cross-border ecosystem. This project also reflects the international nature of interuniversity research and the willingness to actively participate in the innovation challenge at the regional and European level. The UCLouvain is at the heart of the initiative, relying on Sopartec, its technology transfer company and the manager of VIVES investment funds. In a few years, VIVES has become a reference in the set-up of university spin-offs.

'Setting up and financing a spin-off based on research in healthcare is a true challenge. Having VIVES as a financial partner will strengthen our ambition to launch breakthrough spin-offs that fully align with development of translational science at LIH.’

This article is adapted from a news item of the University of Luxembourg and a press release of Sopartec S.A.

VIVES Louvain Technology Fund, launched in 2011, is an investment fund that has invested mainly in the spin-offs of UCLouvain. VIVES is managed by Sopartec S.A., the technology transfer and investment company affiliated to UCLouvain.

Prof Stéphane Pallage, Rector of the University of Luxembourg, opening the academic seminar 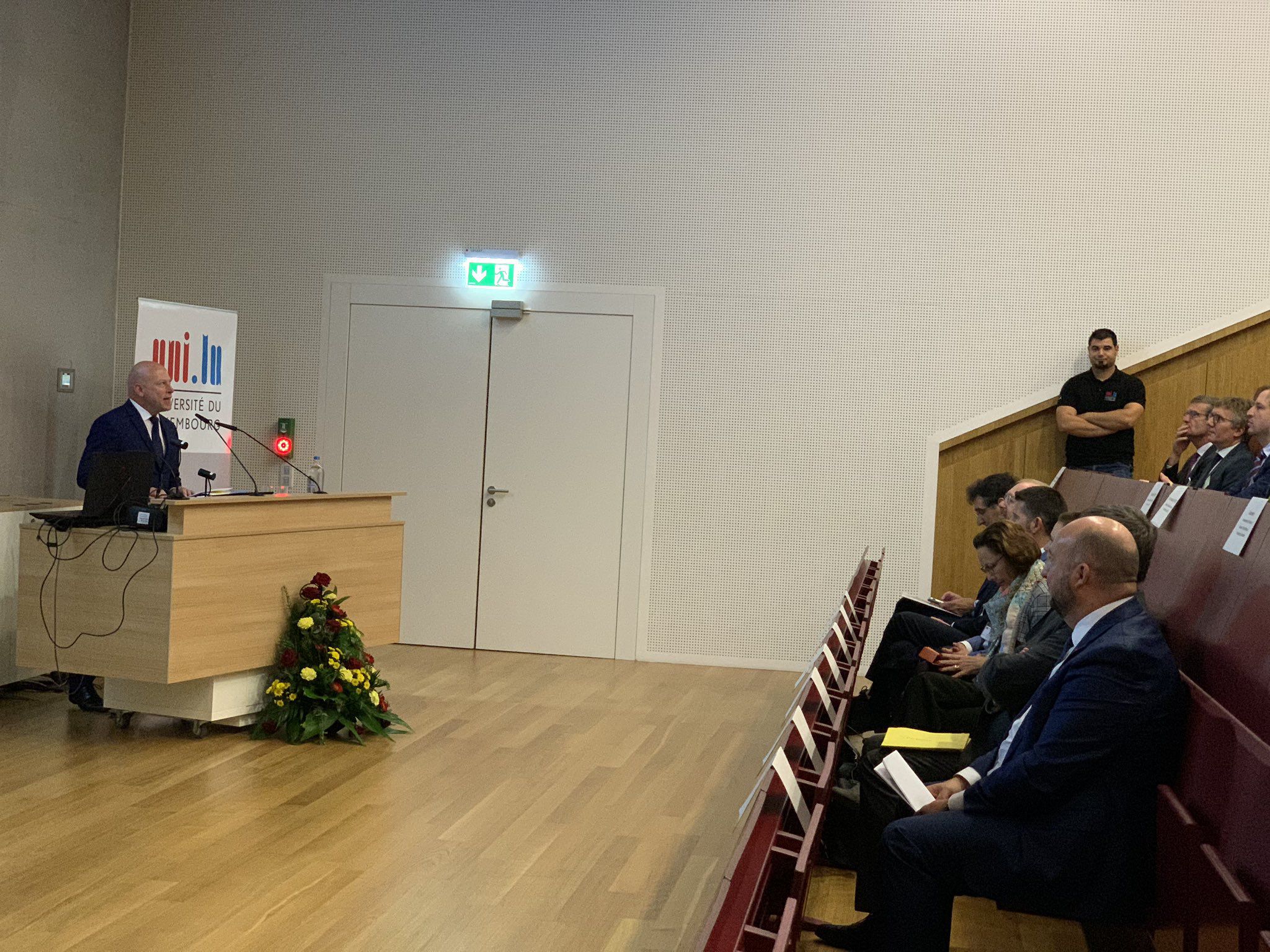 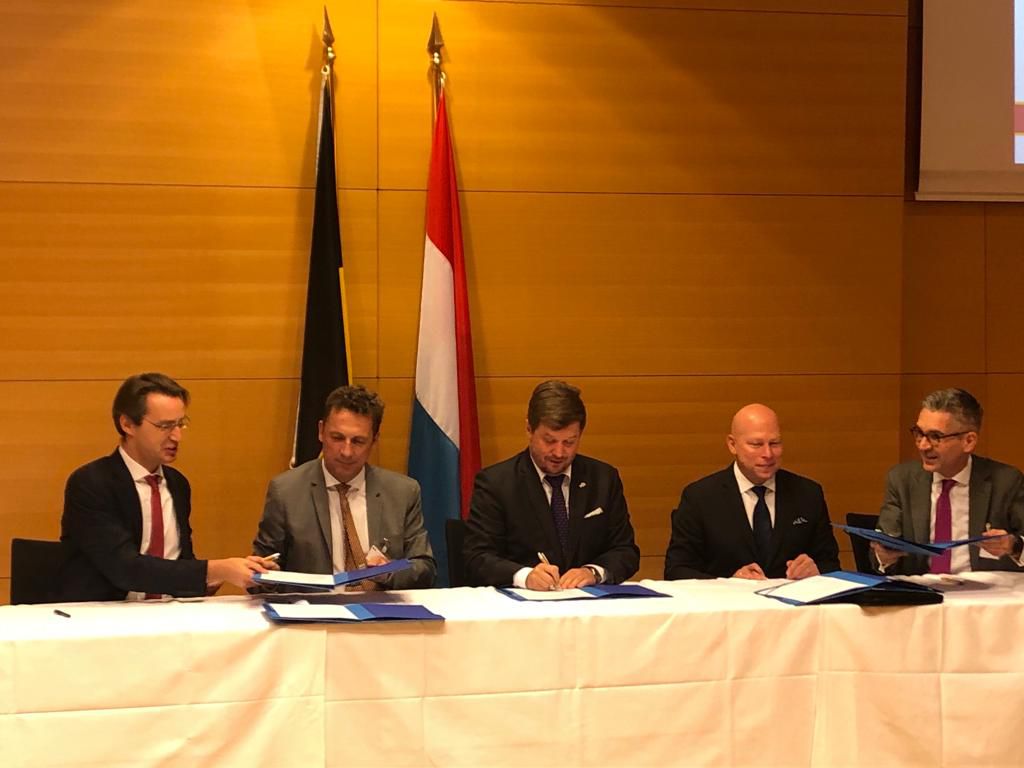 Delegation at the Luxembourg Learning Centre 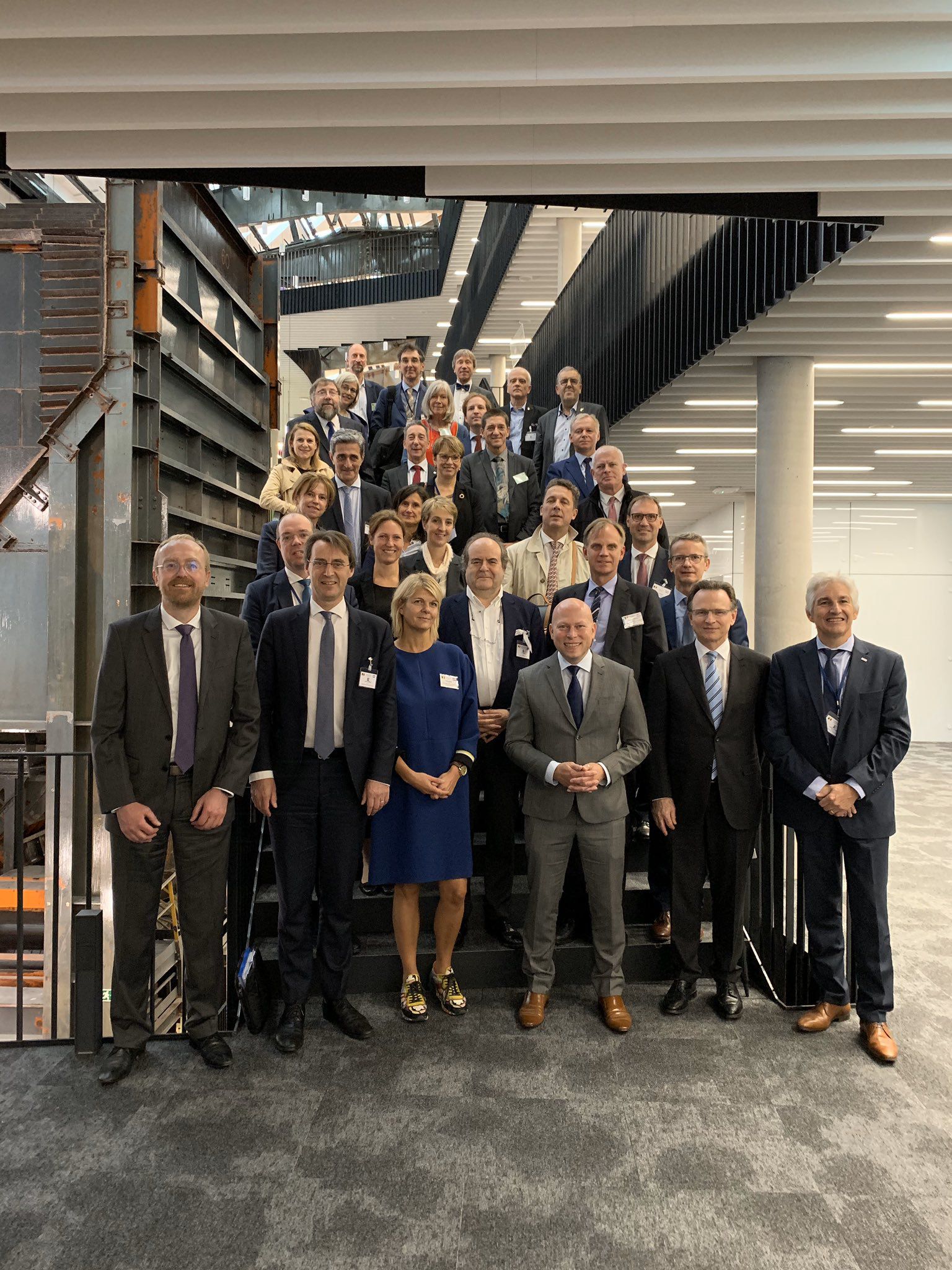 The therapeutic potential of natural killer cells on everyone's lips