Connecting the public with science at the Researchers’ Days

At this year’s edition of the Researchers’ Days on 30th November and 1st December 2018, around 6,500 visitors came to the Rockhal in Esch-sur-Alzette to get in touch with researchers and discover science workshops and science cafés covering many exciting topics. LIH was represented with three hands-on workshops to show its activities to the lay public in a straightforward and fun way.

The workshop named “Outbreak detectives at work” put school classes, students, children and parents in the shoes of microbiologists dealing with a disease outbreak situation. Identifying the causative microbe and controlling the outbreak is a veritable detective’s job! The workshop provided knowledge on microbe detection and also raised awareness on basic hygiene measures that help to avoid microbe spreading. Equipped with lab coats and gloves, the participants could look at microbe vectors under the microscope, analyse patient immune responses, perform DNA extractions and test the efficiency of their hand washing skills. This workshop was planned by Dr Maude Pauly and Dr Chantal Snoeck from the Infectious Diseases Research Unit at LIH’s Department of Infection and Immunity.

In another workshop termed “SOS - problèmes de coeur”, participants had to deal with “broken hearts”.  As “heart engineers”, they could test different options - representative of treatments - to make a simple device work as a pump with one-way valves, imitating the functioning of a heart. This workshop drew the attention of the public to multidisciplinary research related to cardiovascular disease and on the implications of basic and clinical research to discovering and approving new treatments. The concept was set up by Dr Clarissa Pedrosa da Costa Gomes from the Cardiovascular Research Unit and Jean-Yves Ferrand from the Clinical and Epidemiological Investigation Centre at LIH’s Department of Population Health.

Last but not least, IBBL - Integrated BioBank of Luxembourg presented the stunning workshop “Frozen to the bone! Exploring biological sample preservation” with two activities that informed about sample transportation and storage. The first one consisted in instantly freezing flowers and gummy bears in liquid nitrogen and smashing them with a hammer. Frozen bananas were also used to hammer nails into a wood plank! This demonstrated the flash-freezing effects of liquid nitrogen and illustrated its use in the long-term storage of cells and tissues. The second activity allowed children and pupils to make bubbles using dry ice cubes and liquid soap. It sought to elucidate the principle of sublimation and explain the use of dry ice in the transport of biological samples. This workshop was designed by IBBL’s Marketing and Communication team together with the scientists.

The Researchers’ Days are organised every two years by the Luxembourg National Research Fund (FNR). This year’s edition was exceptionally successful with more workshops and almost the double number of visitors compared to the 2016 edition. 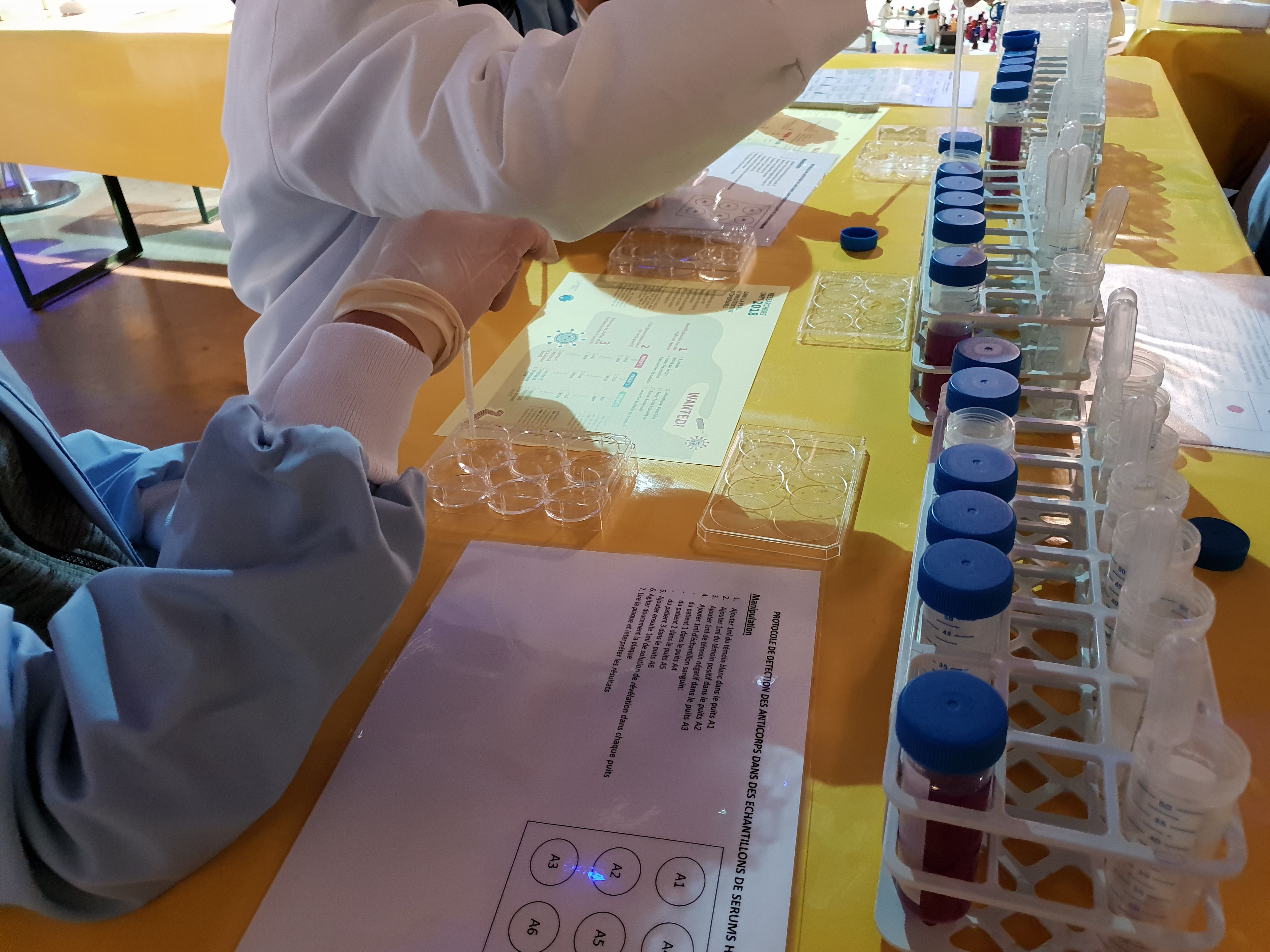 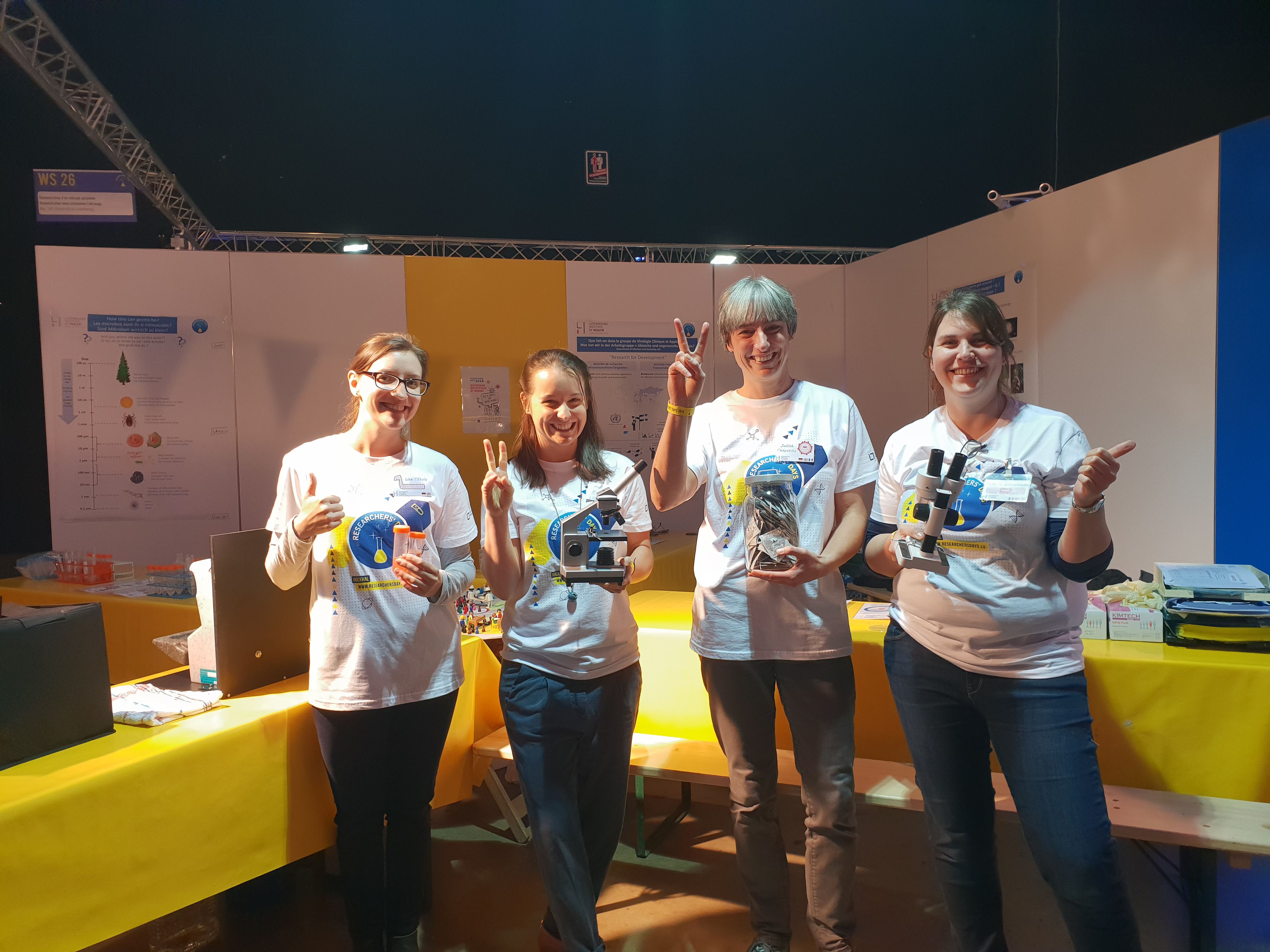 Facilitators of the workshop “Outbreak detectives at work” 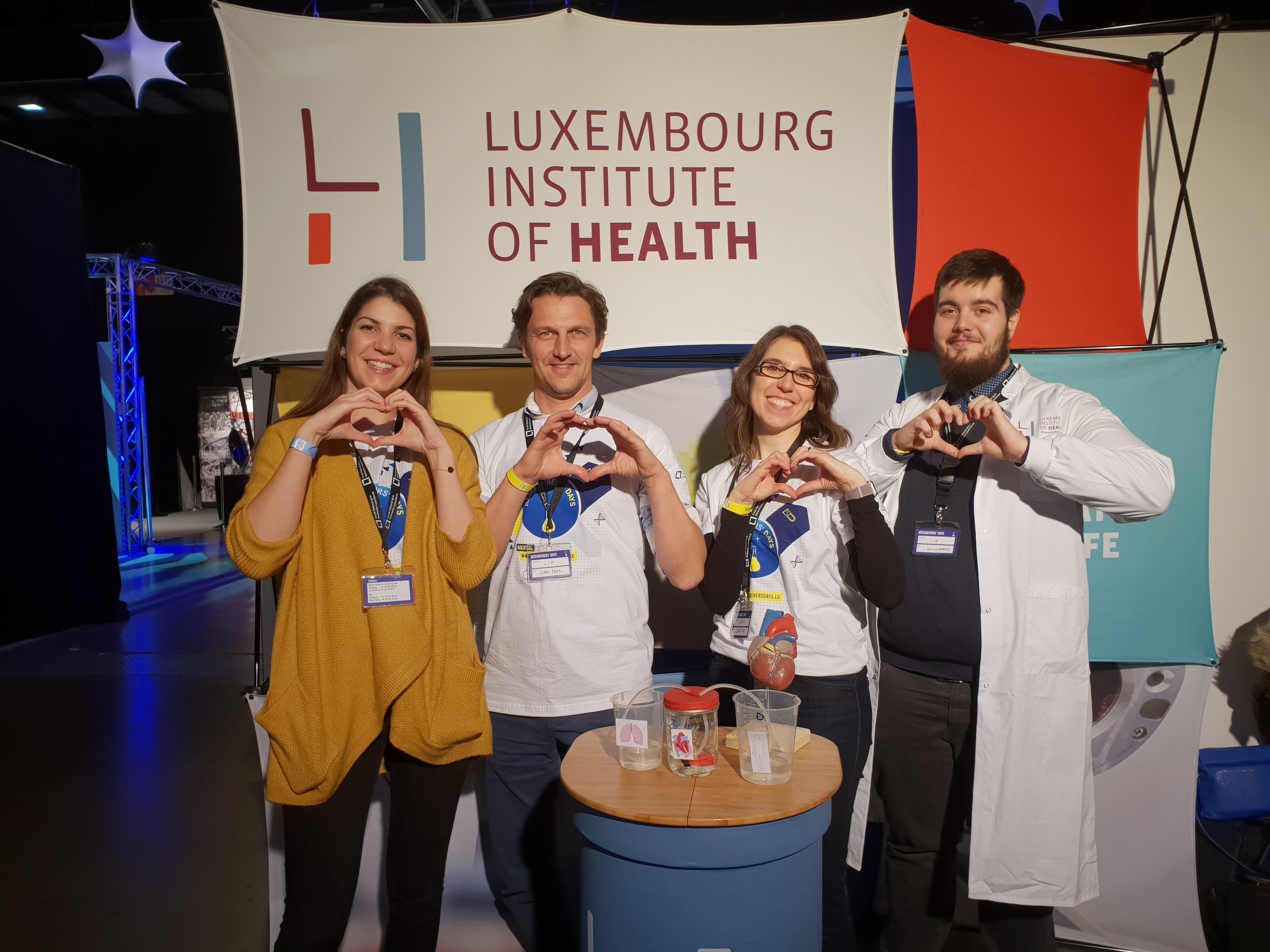 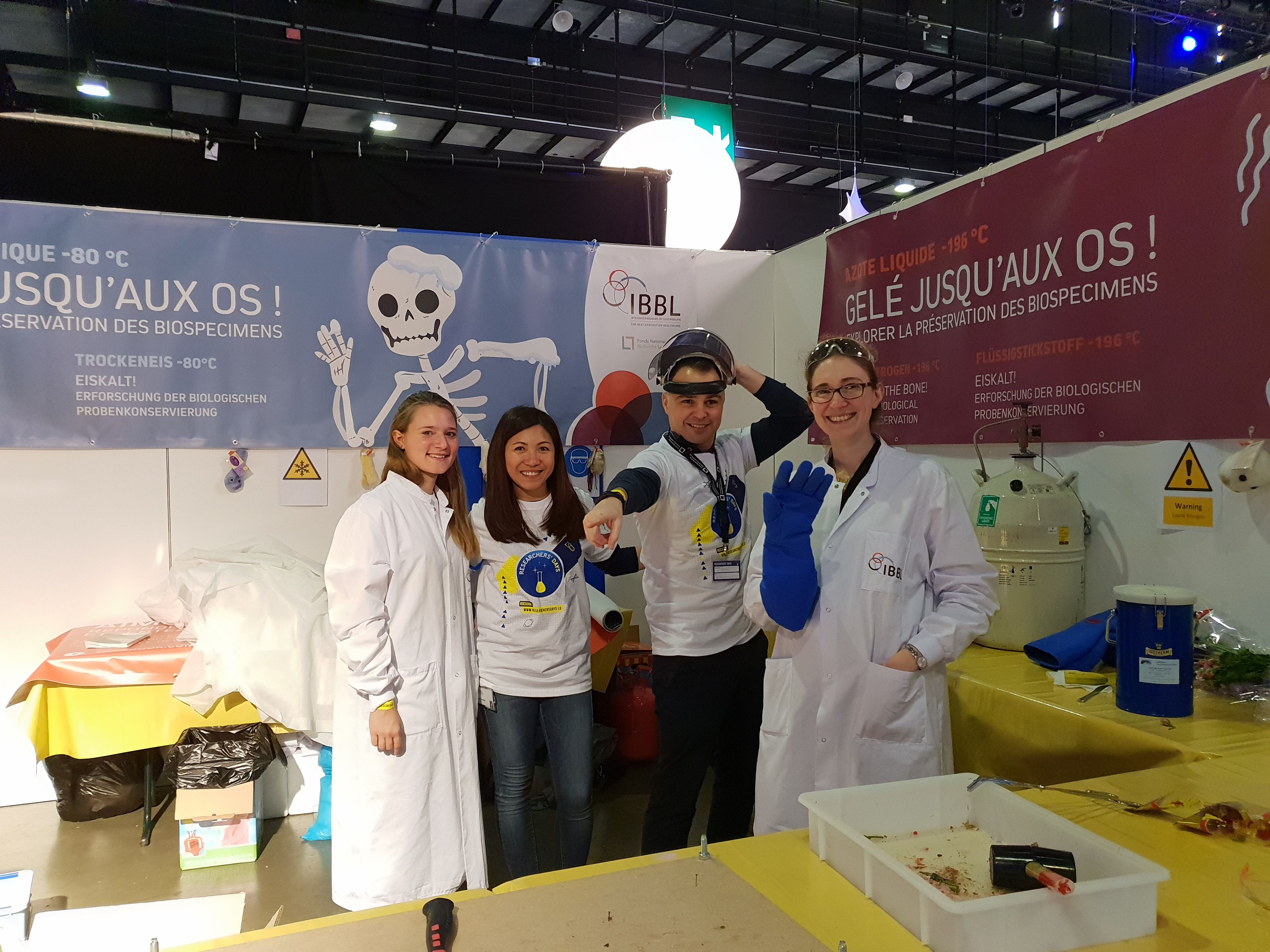 Facilitators of the workshop “Frozen to the bone! Exploring biological sample preservation”