During the first half of 2017, three trainees from underprivileged countries benefitted from travel grants in the context of the “Microbiology for Development IV” project, funded by the Luxembourg Ministry of Foreign and European Affairs, to do parts of their research work in LIH’s Department of Infection and Immunity.

‘The objective of the project is to do joint investigations of public and animal health problems caused by infectious agents and thereby ensure knowledge and technology transfer to the partner laboratories’, says Dr Judith Hübschen from the Clinical and Applied Virology research group, who coordinates the project together with Prof Claude P. Muller, Head of the Infectious Diseases Research Unit at the Department of Infection and Immunity.

Between February and March, Sonia Marilou Pagonendji, a PhD candidate from the Central African Republic, was trained on sequencing and genotyping of measles and rubella viruses. In the context of her PhD project, about 350 sera positive for rubella IgM antibodies collected between 2008 and 2016 were screened by PCR, and for 30 of them genotype data was obtained. ‘This is not only the first rubella virus genotype information from the Central African Republic providing important baseline data to monitor rubella control efforts in the country’, says Dr Hübschen, who supervised the trainee, ‘but also adds largely to rubella virus genotype data from the WHO African Region”. A manuscript summarising the findings is currently in preparation.

Subsequently, Omer Adam, a PhD candidate from Sudan, was hosted at LIH in April and May. He screened nearly 700 dried blood spots from children, healthcare workers and a control group for measles, mumps and rubella IgG antibodies. Data analysis is currently ongoing and the results are expected to provide valuable feedback about the measles control program and the extent of rubella and mumps virus circulation in the country. In addition, the first mumps virus genotype data from Sudan was obtained. In a previous collaborative study, the presence of congenital rubella syndrome had been documented in Sudan.

In June, Dr Licel Rodriguez, Head of the National Reference Laboratory for Hepatitis in Cuba, visited LIH to attempt genetic characterisation of hepatitis A and D strains from Cuba. In addition, new common projects were discussed and laboratory reagents for ongoing projects provided. The collaboration with the hepatitis laboratory in Cuba has so far led to three joint scientific publications on hepatitis B and C viruses.

The Luxembourg Ministry of Foreign and European Affairs has been funding the “Microbiology for Development” projects since 2000 and numerous scientists from resource poor countries benefitted from targeted training promoting their career development. A large number of scientific articles were published and results of public health importance obtained and communicated to national and international stakeholders. The current “Microbiology for Development IV” project ends in May 2018 and a request for prolongation will be prepared soon. 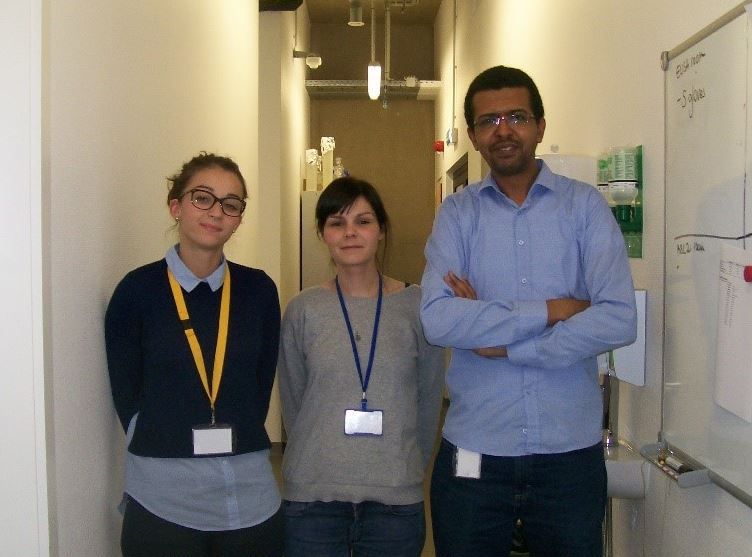 From left to right: Elsa Tisserand (trainee from IUT Nancy-Brabois in France), Aurélie Sausy (LIH technician) and Omer Adam (PhD candidate at the National Centre for Research in Sudan). 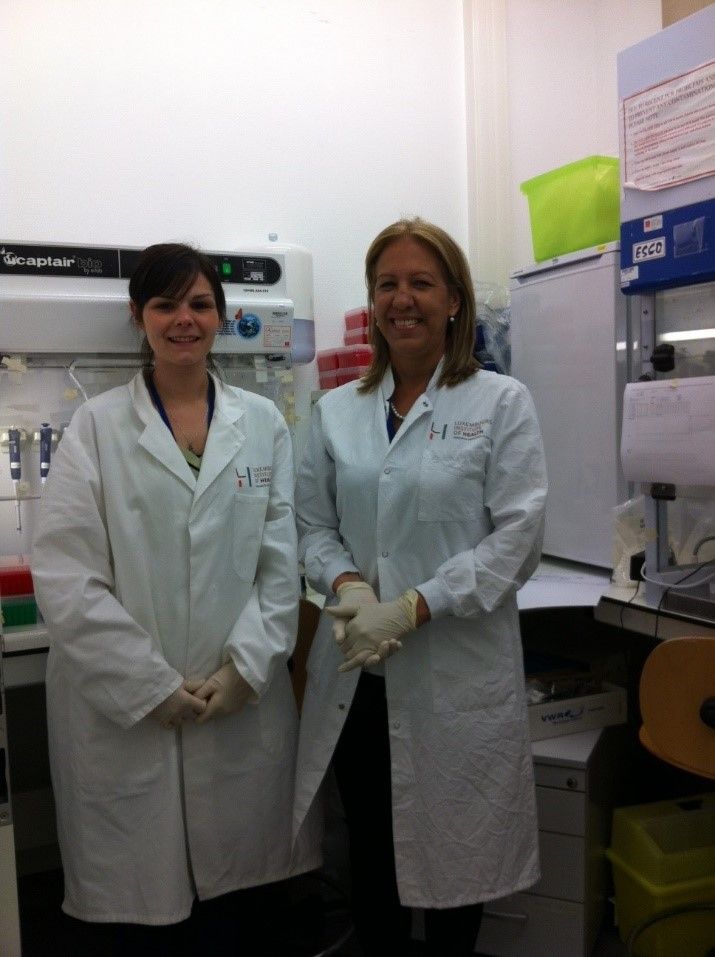