Dr Ala’a Alkerwi from the LIH Department of Population Health contributed to a global public health study on cholesterol, which was published in Nature in June 2020. The paper brings forward a major global repositioning of lipid-related risk over the past four decades. Specifically, non-optimal cholesterol trends shifted from being a distinct feature of high-income western countries to being a significant burden in low- and middle-income nations. The study, led by Imperial College London, was conducted in the framework of the international Non-Communicable Diseases Risk Factor Collaboration (NCD-RisC). Luxembourg contributed with data generated from the national population-based study “ORISCAV-LUX” (Observation des Risques et de la Santé Cardiovasculaire au Luxembourg), which had been conducted in 2007-2008 on more than 1,400 residents with the aim of assessing cardiovascular health and risk factors in Luxembourg.

Cholesterol plays a role in the formation and functioning of cell membranes. Specifically, high-density lipoprotein (HDL), i.e. ‘good’ cholesterol, may have a protective effect against heart attack and stroke by mopping up non-HDL ‘bad’ cholesterol. Excess in the latter, the levels of which should not exceed 2mmol/L, can cause a build-up in the blood vessels, thereby blocking blood supply and leading to ischaemic heart disease (IHD) and ischaemic stroke. High blood cholesterol has typically been regarded as a feature of wealthy western countries. However, dietary and behavioural determinants of blood cholesterol, as well as the adoption of lipid-lowering medications such as statins, have been evolving throughout the world in the last decades. These changes have significantly altered the levels of HDL and non-HDL cholesterol worldwide, possibly with diverging geographical patterns. However, no global study had previously reported or quantified the trends in HDL and non-HDL cholesterol levels over time.

A shift in the global cholesterol epicentre

Indeed, a similar trend was observed with non-HDL cholesterol, which remained globally unchanged due to the net effects of a substantial decline in high-income Western regions and Central and Eastern Europe — with north-western Europe recording the largest drop at >0.3 mmol l−1 per decade — coupled with a rise in East and Southeast Asia (0.2 mmol l−1 per decade), parts of sub-Saharan Africa and Melanesia. As a result of these diverging patterns, European countries that had the highest levels of non-HDL cholesterol in 1980 (>4.5 mmol l−1 in women and >4.7 mmol l−1 in men), such as Belgium, Finland, Greenland, Iceland, Norway, Sweden, Switzerland and Malta, have been replaced by nations in Asia and the Pacific, such as Tokelau, Malaysia, The Philippines and Thailand, where non-HDL cholesterol increased by as much as 0.23 mmol l−1 per decade. These findings reverse the view that high cholesterol is a feature of higher-income countries.

A focus on Luxembourg

In line with the trends identified by the study, Luxembourg experienced an improvement in the cholesterol status of its population. Indeed, the Grand Duchy ranks among the top 10 countries with the largest rates of decline between 1980 and 2018, for both men and women. Moreover, in 2018, it boasted the fourth lowest level of non-HDL cholesterol for women among European countries.

Implications for cardiovascular health and mortality

Diet and medication as the main contributing factors

Diet and cholesterol-lowering medication are the two main factors explaining the observed trends. The decrease in non-HDL cholesterol in western countries was found to have started already in the 1980s, before the widespread use of statins. This indicates that changes in dietary habits and the reduction in saturated and trans fats could have been the main determinant of this decline. However, the growing use of statins after the late 1990s is thought to have contributed to up to one half of the decrease in higher-income countries where statin use is more common. In parallel, the consumption of animal fats and processed foods has increased substantially in East and Southeast Asia, where statins are not yet widely used, explaining the documented rise in non-HDL levels.

“This international study shows that, when looking at non-HDL cholesterol, low- and middle-income countries have emerged as the new global epicentre of non-optimal cholesterol, suggesting that lipid-related disorders are actually an important public health challenge even in these regions"

"Nevertheless, further lowering non-HDL cholesterol would indeed be beneficial even in higher-income countries. Population-based policies to improve diets and provide better healthcare are therefore urgently needed in all countries”, she concludes.

The study was published in June 2020 in the prestigious journal Nature, with the full title “Repositioning of the global epicentre of non-optimal cholesterol”. It was funded by the Wellcome Trust (Biomedical Resource & Multi-User Equipment grant 01506/Z/13/Z) and by the British Heart Foundation (Centre of Research Excellence grant RE/18/4/34215). 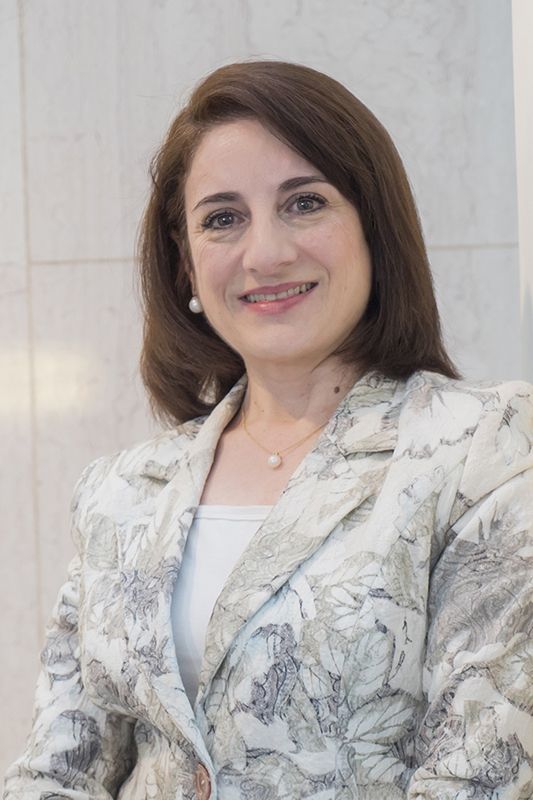