Boosting the immune system against COVID-19

The role of diet and nutrition in controlling infection and inflammation

Boosting the immune system against COVID-19

The role of diet and nutrition in controlling infection and inflammation

Dr. Torsten Bohn, leader of the Nutrition and Health Research Group at the LIH Department of Population Health (DoPH), together with co-first authors Mohammed Iddir (PhD Student) and Dr. Alex Brito, recently published an article reviewing the importance of an optimal status of specific nutrients and additional dietary constituents to effectively aid in controlling inflammation and oxidative stress, thereby strengthening the immune system during the COVID-19 crisis. In this interview, Dr. Bohn (TB) shares some of these insights.

Dr. Bohn, could you tell us more about the COVID-19 disease from an immune system perspective?

TB: Since the discovery of the novel SARS-CoV-2 virus and the resulting COVID-19 disease, it has become increasingly clear that the complications associated with the pathology – such as acute respiratory distress, cardiac complications, multiple organ failure, septic shock and death – are caused by a dysregulation of the immune system. More precisely, these adverse outcomes are believed to be due to an overreaction of the innate immune system, i.e. the organism’s first line of defence upon infection by a new “unknown” pathogen. This excessive reaction is known as a “cytokine storm”, whereby viral replication in the host cells triggers an abnormally strong release of pro-inflammatory cytokines and other immune-related proteins, resulting in a state of hyper-inflammation. Indeed, hyper-inflammation, especially in the lungs, is a hallmark of many COVID-19 patients, leading to damage of healthy tissues and, in the worst cases, lung failure, acute respiratory distress and death. In order to help prevent infection and minimise the risks linked to the most severe forms of COVID-19, a healthy functional immune system is paramount, and an important determinant of an optimal immune response is an adequate and balanced diet.

Could you explain how the molecular mechanisms of inflammation and oxidative stress are related to COVID-19?

TB: The non-specific or innate immune system acts as a natural and physiological defence mechanism, providing an immediate response against pathogens. Cells belonging to this innate immunity, such as mast cells, macrophages and neutrophils, produce and release a plethora of cytokines and chemokines to activate other cells, thereby orchestrating and mounting immune responses. This array of soluble mediators, including for instance tumour necrosis factor  (TNF-), interferon-γ (IFN-γ), various interleukins and immune-modulating proteins, triggers a state of inflammation to enhance the response. However, excessive levels of pro-inflammatory cytokines lead to a disturbance of the oxidative stress homeostasis. Oxidative stress — an imbalance between oxidative molecules, such as reactive oxygen species (ROS), and antioxidant compounds and enzymes, such as glutathione and superoxide dismutase (SOD) — is a mechanism that can aid in protecting against invading microorganisms. Nevertheless, in the presence of an excessive production of cytokines, such as the one triggered by the SARS-CoV-2 virus, the altered oxidative stress homeostasis leads to an extreme amount of ROS and other oxidative agents, resulting in a heightened state of oxidative stress. This causes documented adverse effects, such as degradation of proteins and DNA, rupture of cell membranes and consequently increased inflammation, ultimately leading to cellular function loss such as endothelial damage. Both endothelial damage and inflammation appear to play a vital role in COVID-19. Indeed, patients with severe forms of COVID-19 in intensive care units have shown elevated plasma levels of several cytokines, such as IL-2, IL-7, IL-10, TNF-α and macrophage inflammatory proteins, suggesting a cytokine storm and resulting in hyper-inflammation and in the observed life-threatening reactions, such as respiratory and multi-organ failure.

How does diet influence the immune system and our risk of infection?

TB: The immune system is tightly connected with multiple physiological regulatory mechanisms, such as the endocrine system, metabolic regulation, circadian rhythms, as well as nutrient utilisation. Dietary modifications and nutritional factors in particular can strongly impact chronic low-grade inflammation, as well as affect the risks and symptoms of viral infections. Indeed, specific nutrients can play an important role in preventing excessive inflammation and oxidative stress or, conversely, in inducing it. Similarly, they can strengthen the immune system but also weaken it. For instance, if we look at low-income countries, the population is generally more prone to infections due to the low and poor protein intake, i.e. below the generally recommended 0.8 g/kg body weight. Indeed, proteins are crucial for the production of antibodies and for the gut mucosal barrier function, among others, and thus for the proper functioning of the immune system. Moreover, the protein status also affects the efficacy of vaccinations, with the immune response generally being more subdued under insufficient protein status conditions. Regarding the other macronutrients, simple carbohydrates, starch and saturated fats are also known to induce inflammatory reactions. Interestingly, a Dietary Inflammation Index (DII) has actually been developed to assess the ability of one’s diet to keep inflammation at bay, further demonstrating the clear link between inflammation, diet, chronic and viral diseases. These considerations are particularly relevant during the COVID-19 crisis, when the diet can act as an important factor in promoting overall health in times of ongoing national restrictions.

More specifically, what are the roles of the main dietary constituents in modulating the immune response in the presence of COVID infection?

TB: There are two main categories of dietary constitutes that are suggested to have an influence on oxidative stress and inflammation and therefore on the organism’s reaction to infections such as COVID-19. These are nutrients, which include essential compounds such as minerals and vitamins, and non-nutrients, such as dietary fibres and phytochemicals. Starting from vitamins, vitamin E and C are some of the main antioxidant molecules, which help maintain a healthy balance of ROS and keep oxidative stress and inflammation in check. Several supplementation studies including meta-analyses have shown the beneficial effects of vitamin C in mitigating the effects of the common cold, as well as the ability of vitamin E to reduce the risks of developing pneumonia and lung complications. Similarly, vitamin D is essential for the functioning of T-cells and has been reported to reduce the risk of influenza and COVID-19 infections and mortality. Interestingly, vitamin D has been shown to interfere with the binding of the SARS-CoV-2 virus to the cell entry receptor ACE2 (angiotensin converting enzyme 2), thereby reducing the number of viral particles that could attach to ACE2 and enter the cell. Indeed, a recent retrospective study on numerous confirmed cases of COVID-19 in Indonesia indicated that older and male patients with pre-existing conditions and insufficient vitamin D levels were almost 13 times more likely to succumb to the disease. Although this does not prove a causal relation, it is nevertheless a very interesting finding.

Trace elements or micro-minerals, such as zinc and selenium, are constituents of antioxidant enzymes such as SOD or glutathione-peroxidase, respectively, which maintain, among others, the oxidative homeostasis. A lack of these substances can lead to a build-up of toxic ROS and has been associated with a longer duration of the symptoms of the common cold and a greater risk of complications from respiratory tract infections.

As for dietary fibres, they have been proven to be beneficial since the gut microbiome ferments them, generating short-chain fatty acids with anti-inflammatory properties, such as butyrate. Moreover, fibres contribute to a stronger gut mucosal layer and enhanced barrier against pathogens, and since COVID-19 has been reported to cause gastrointestinal problems, a healthy gut may prevent SARS-CoV-2 infiltration.

Fatty acids (FAs) also play an important role in modulating the immune system. Some essential FAs such as omega-3 from fish and seafood have potent anti-inflammatory effects, since they are turned into specific lipids known as resolvins, which counteract the action of pro-inflammatory compounds derived from omega-6 FAs, including prostaglandins. An imbalance of FAs, such as a high ratio of saturated versus unsaturated, and omega-6 versus omega-3 FA, may have important implications for immune system homeostasis, provoking excessive inflammation and fostering the onset of related allergic, autoimmune and metabolic conditions.

Last but not least, phytochemicals such as polyphenols and carotenoids have the ability to interact with transcription factors such as NF-κB and Nrf-2, which are master-regulators of inflammation and oxidative stress, respectively. These protective phytochemicals, abundant in pant-based diets, can therefore contribute to downregulating inflammatory reactions and the production of ROS by directly affecting gene expression and up-regulating the production of antioxidant molecules.

What are the implications of these findings from a patient’s perspective and in the clinical context?

TB: During the lockdown and confinement, people have been more restricted in terms of movement, but also from a dietary perspective. Indeed, diets have tended to become more limited and unbalanced due to food availability issues, but also due to psychological factors such as stress and anxiety, which might have shifted food consumption towards high energy and “comfort” foods. It is therefore important to maintain an optimal nutritional status to ensure that the immune system is reactive enough to mount an effective response against pathogens such as SARS-CoV-2, while simultaneously avoiding hyper-inflammation and excessive oxidative stress, which may exacerbate the negative outcomes of the COVID-19 infection. This is particularly relevant for individuals suffering from cardiovascular diseases, inflammatory bowel diseases, type 2 diabetes and obesity, among others, since these conditions are already characterised by chronic systemic inflammation and a dysregulated immune system, increasing their risk of severe COVID-19 infections and ensuing complications. COVID-19 patients and all interested subjects can obtain practical dietary information from several sources, including the WHO, mobile apps, and the “Association nationale des diététiciens du Luxembourg” (ANDL). Our Nutrition and Health Group also published a dedicated “COVID Food Guide”[1] for the general public, in collaboration with dietitians from the ANDL and Centre Thermal et de Santé Mondorf. This work has been coordinated by Dr. Hanen Samouda and Sofia Sosa Fernandez Del Campo.

From a clinical point of view, it is important to note that the effects and roles of the various dietary components should be looked at both individually, as well as from a more global angle, given the complexity of the interactions between the individual nutrients. This would allow clinicians to determine and measure multiple nutrient status from the plasma of COVID-19 patients, which would in turn assist them in deciding whether to prescribe targeted supplements of specific key nutrients in case of abnormally low levels or imbalances. However, while anti-inflammatory and antioxidant dietary supplements may be beneficial for some individuals during episodes such as the COVID-19 cytokine storm or with low nutrient status, high and non-physiological doses of these isolated compounds administered during normal health conditions should be looked at with caution, in order not to excessively suppress the natural immune reactions. Similarly, supplementation may need to be adapted to an individual’s health profile. For instance, carotenoid supplementation (beta-carotene) at non-physiological concentrations has been shown to have a carcinogenic effect in smokers and in subjects exposed to asbestos.

To conclude, though the evidence on the role of dietary components in mitigating or exacerbating the effects of the COVID-19 infection is still in its early stages, these findings already provide an interesting basis for further research on this topic, and appear to have the potential for an adjuvant strategy to combat COVID-19.

The review article was published on May 27th 2020 in the journal “Nutrients”, with the full title “Strengthening the Immune System and Reducing Inflammation and Oxidative Stress through Diet and Nutrition: Considerations during the COVID-19 Crisis”. It is available here.

For the latest news about COVID-19, visit coronavirus.lih.lu 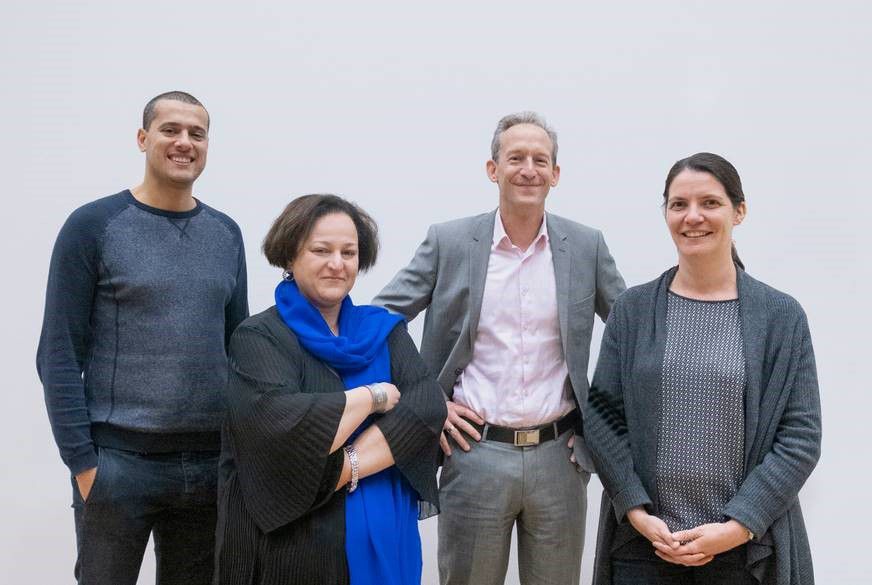 Elucidating the roles of atypical chemokine receptors in cancer: from molecular biology to clinical relevance and therapy