The LIH Department of Oncology (DONC), in collaboration with several internal, national and international partners, discovered a set of six proteins circulating in the blood stream which can successfully act as biomarkers for the diagnosis of lung cancer at different stages of the disease, including early-stage tumours. The findings, which were published on June 19th in the journal Cancers, bear important implications for clinical practice and may significantly improve lung cancer diagnosis, monitoring and patient outcomes. The publication stems from the work carried out under the Lung Cancer programme of the Partnership for Personalized Medicine (PPM), currently led by Dr Victoria El Khoury and initiated in 2008 by Dr Guy Berchem.

Lung cancer is the deadliest cancer worldwide, mainly due to its advanced stage at the time of diagnosis. Indeed, only 15% of newly diagnosed lung tumours are detected at an early stage, with the 5-year survival rate for stage IV tumours being as low as 6%. A non-invasive, highly sensitive and specific method for its early diagnosis is therefore crucial to improve prognosis and patient survival. Blood tests that are able to detect solid cancers have long been regarded as an ideal solution, although the identification of reliable blood-based cancer biomarkers remains one of the key challenges in cancer research.

In this context, scientists from the LIH Department of Oncology (DONC), the LIH Competence Center for Methodology and Statistics (CCMS) and the Proteomics Platform of the LIH Quantitative Biology Unit (QBU) quantified the levels of 351 blood-detectable proteins associated with lung cancer in the plasma of 128 lung cancer patients and 93 healthy controls — including non-smokers, current and former smokers. The aim was to develop a panel of protein biomarkers that would accurately distinguish lung cancer patients from healthy individuals and be used as a non-invasive diagnostic tool.

The 6-protein panel accurately classified 22 out of 23 stage I patients as having lung cancer, demonstrating its strong diagnostic performance even in early-stage cases. In order to make the panel easy to use in the clinical setting, the researchers also attributed a cut-off threshold value to each biomarker, as well as a score per sample to classify it as lung cancer or healthy. The biomarker combination displayed a very high specificity (0.989) and sensitivity (0.992) in the test cohort, which was also confirmed in a validation dataset using plasma from 48 lung cancer patients and 49 healthy donors.

“Our 6-protein panel holds great promise as a non-invasive, highly sensitive and highly specific diagnostics assay, which is able to detect lung cancer at different stages of the disease”, explains Dr El Khoury, Scientist within the Drug Discovery research group of the LIH Department of Oncology and corresponding author of the publication.

“If used as a routine test for high- and average-risk individuals, such as smokers and former smokers, the panel may efficiently complement currently adopted lung cancer screening techniques. This would reduce the number of false-positive cases, thereby preventing unnecessary additional invasive tests, with positive impacts on the physical and mental well-being of cancer patients”, adds Dr Guy Berchem, Associated Medical Director at LIH and co-author of the publication.

To accelerate the commercialisation of the panel as a clinical diagnostic test, the LIH team also filed a priority patent application in April 2020.

The study was co-authored by Victoria El Khoury, Guy Berchem and Rolf Bjerkvig, and was supervised by Yeoun Jin Kim, last author of the publication and former Principal Investigator of the PPM Lung Cancer programme. It was published on June 19th 2020 in the international journal Cancers, with the full title “Identification of a Blood-Based Protein Biomarker Panel for Lung Cancer Detection”. The study was carried out in collaboration with the Integrated Biobank of Luxembourg (IBBL), the Department of cardiac surgery of the Institut national de chirurgie cardiaque et de cardiologie interventionnelle (Luxembourg), the Hopitaux Robert Schuman - Zithaklinik (Luxembourg), the Centre Hospitalier de Luxembourg (Luxembourg), the Collaborative Center for Translational Mass Spectrometry, Translational Genomics Research Institute (USA), the Fred Hutchinson Cancer Research Center (USA), the Department of Cancer Biology, Mayo Clinic (USA), the Norton Thoracic Institute, St. Joseph’s Hospital and Medical Center (USA) and the Department of Biomedicine of the University of Bergen (Norway). The work was funded by the Luxembourg Ministry of Higher Education and Research (MESR), under the Partnership for Personalized Medicine (PPM) programme. 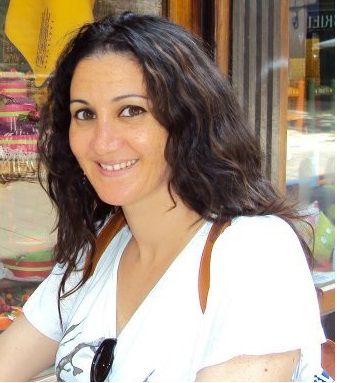